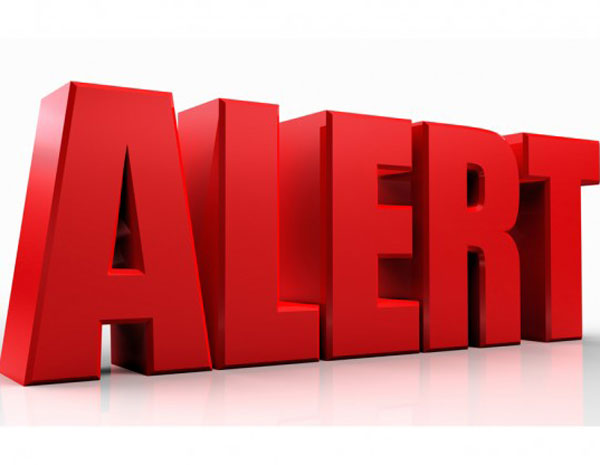 St Lucians are today on guard for the effects of a weather system approaching the Eastern Caribbean island chain.

According to the Barbados-based Caribbean Media Corporation (CMC) earlier today a strong tropical wave with an associated broad area of low pressure is moving slowly towards the Eastern Caribbean with the meteorological office warning that conditions remain favourable for the system to develop into a tropical depression or storm later  Today.

The Miami-based National Hurricane Center (NHC) said that residents in the Windward and southern Leeward Islands should monitor the progress of the wave.

“Regardless of whether the system is a tropical wave or tropical storm, heavy rains and tropical storm force winds in squalls are expected to spread over the Windward Islands -Dominica, Grenada, St. Lucia and St. Vincent and the Grenadines – and portions of the southern Leeward Islands, beginning this morning and continuing through tonight and early Thursday,” the NHC said.

Schools in several Caribbean islands including Barbados, St. Lucia, Dominica and St. Vincent and the Grenadines have been ordered closed on Wednesday and some government offices are also expected to close as the tropical wave, which at 6.00 am (local time) was located 200 miles east of St. Lucia, moves closer to land.

Reports are that the islands will; begin to experience the brunt of the system from later tonight. This morning heavy rain was reported in several parts of the island, especially in the north.

CDEMA said that the CARICOM Disaster Assessment and Coordination (CDAC) team and the CARICOM Operational Support Team (COST) have been placed on standby to provide response assistance.

It said in collaboration with the Caribbean Institute for Meteorology and Hydrology (CIMH) a pre-strike meeting of the Eastern Caribbean Development Partner Group (ECDPG) has been held to plan for possible scenarios in preparation for the impact.

“Partner agencies who are members of this group including regional and international donors and development partners are monitoring the system,” it said, adding that the CDEMA Coordinating Unit has been in contact with the National Disaster Coordinators (NDCs) in Barbados, Dominica, Grenada, St. Lucia and St. Vincent and the Grenadines and Trinidad and Tobago.

“A number of actions have been taken by each country including meeting of the heads of all sub-committees of the national disaster system such as the essential services including first responders in preparation for any likely impact.”

CDEMA executive director Ronald Jackson said “we are in the peak hurricane season and therefore expect that systems are still likely to develop which may threaten several of our Participating States.
“We are therefore monitoring the development of INVEST 97 given the current exposures and vulnerability in several of our Eastern Caribbean States and Haiti,” he added.