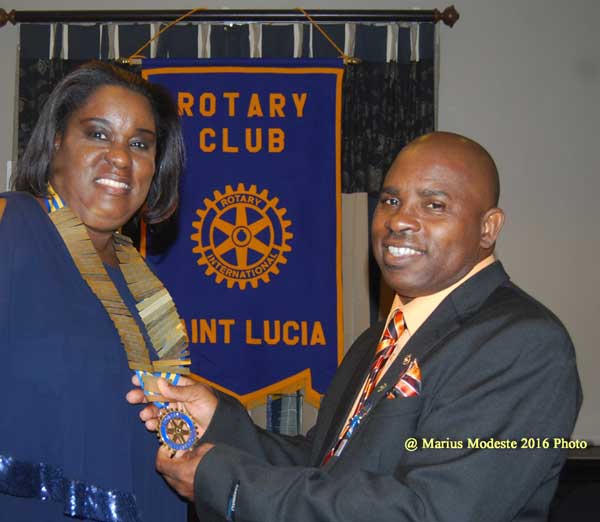 I was pleased to read of the 50th Anniversary of our Rotary Club of St Lucia. As a former President and recipient of the “ Rotary Centennial Recognition Award” in 2005, I noted a press release on the many contributions of our Club to our country over the years.

To my mind as a scientist, I wish to highlight one of our most significant contributions not only to St Lucia but to our world, which was the eradication of the deadly bilharzia disease.

I recall, as a Rotarian and nematologist at WINBAN Research and Development, working closely with the International Rockefeller Foundation which was located on The Morne. our Club, in collaboration with overseas Clubs, established laundry shower units at various locations on the island to enable local populations to wash their clothes at those units rather than in the rivers which were infested with the snails which carried the worms which infected our rural populations and which caused the debilitating disease.

It was as a result of our collaborative work with the Rockefeller Foundation, St Lucia was able to eradicate the deadly disease which was afflicting our population.

The research and development activities of the Foundation became an example to the world of science of the importance of inter-disciplinary approach to problem solving. It involved chemical control of the snails carrying the disease pathogen, sociological implications (providing alternatives to washing clothes in the infested rivers), education of vulnerable populations, and medical treatment of infected persons in a coordinated implementation programme.

The success of this integrated research and development activity based in St Lucia with the participation of the St Lucia Rotary Club received global recognition and became a model for the eradication of this disease worldwide.