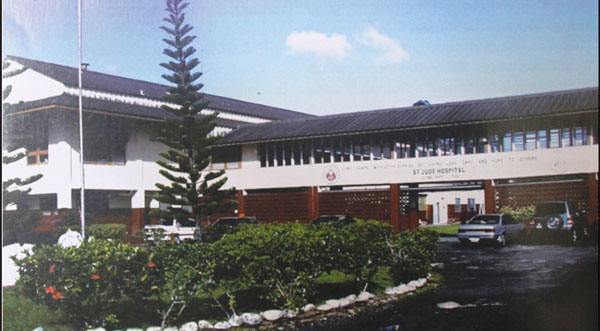 CALL me cynical, but the technical audit now being conducted on the reconstruction phase of St. Jude Hospital is an $800,000 exercise in futility, assuming that’s the correct figure for the exercise, anyway. We all know that report – due by month-end – will end up being a back and forth debate between both major parties and their supporters for a few days and then fowls will continue to lay eggs and roosters crow.

Ever since Minister for Economic Development, Guy Joseph, started divulging perceived infelicities at the ill-fated hospital’s reconstruction phase in Vieux Fort lately, there seems to be a certain kind of coldness on the part of those being accused to set the record straight and put Joseph in his place. But, voila, that has not been the case, and Joseph continues to stick to his role of levelling accusations.

According to Joseph’s estimates, over $95 million has already been spent on the hospital’s recovery phase that has spanned nearly six years. An additional $50 million is required to complete the new hospital gutted by fire on September 9, 2009. That’s right! Seven years later, we cannot build a proper hospital in the south! Even worse, there seems to be no tangible approved plans for the project.

Citing instances of inconsistencies and perceived improprieties, Joseph, whose ministry has direct responsibility with the hospital’s reconstruction phase, issued an order recently that all works at the site cease immediately pending the outcome of the technical audit. That has not gone down well with workers now not earning a daily bread and some politicians not saying much.

In fact, a response from the Saint Lucia Labour Party (SLP) on Tuesday pointed an accusatory finger at the current administration for imputing improper motives on the previous administration even before the findings of the technical audit. Further, the SLP missive said the plan to replace the burnt-out wings at the hospital later morphed into plans for an entire new hospital warranting more funding.

Moreover, the opposition puts the government on the spot by posing six questions related to the de/merit of technical audit itself: whether the choice of firm conducting the audit was through a tender process or direct award, terms of reference, the Tenders Board’s non/involvement in selecting the auditor, how fees for the audit were calculated, how many proposals were sent in and payment terms for the audit.

Oddly, back in 2013, the United Workers Party (UWP) also found itself reacting to the “Report on Financial Operations of Town, Village and Rural Councils” (completed in September 2013) which was conducted to investigate perceived improprieties during the UWP government’s 2006-2011 tenure. The UWP issued a missive back then, saying it was “appalled that the government and its agents continue to mislead the public by referring to the report as a ‘forensic audit’.”

The UWP even underscored the point that the Taiwanese government had insisted that all donations made by that country not be channelled through the Consolidated Fund and that “the Office of the Director of Audit, which is the agency responsible for the conduct of audits of government institutions, had lamented that her office was not involved in this audit.”

Of the five crucial points the UWP made in that missive, I find this one very telling: “The UWP is committed to the principle of holding persons to account. The party has a proud record of management of the public funds while in office. The UWP, therefore, does not condone any wrongdoing in that regard. Persons who (have) been proven to have broken the law or violated established procedures from whichever political party should be dealt with appropriately.”

Well, the opportunity now presents itself ripe for the UWP’s taking: Will legal action be taken should – God forbid – the previous administration be linked to any improprieties being insinuated by Joseph? Will this heftily-priced technical audit for St. Jude Hospital redound to being just another witch hunt as the above-cited one done by the SLP in 2013? Will it redound to who managed things better – or worse?

Saint Lucians are both weary and wary of these forensic audits being commissioned by a new administration wishing to hold the previous administration accountable and for good reason. We unwittingly have to fork over what the government says it has little of to prove little or nothing that gets virtually no iota of the required actions recommended in such reports. We bleed through our noses while these politicians pick their dirty fights with each other.

The last administration commissioned a 192-page “Report on Financial Operations of Town, Village and Rural Councils” that outlined a myriad of recommendations but we are yet to hear about anyone being made to account for what the report said they did wrong. What a waste of time, money and the people’s trust!

To this day, Joseph refuses to tell us who the auditors are, conveniently saying that he is not in the business of divulging people’s names. Apparently, he thinks Saint Lucians enjoy paying out large sums of money for nines and getting sixes. Why is it so difficult getting politicians to be transparent on basic information that has absolutely nothing to do with national security? It’s not like we’re asking for a copy of the report done by IMPACS, anyway.

If you asked me, this technical audit for St. Jude Hospital will be handled very eloquently via technicalities and bizarre explanations regardless of the findings. People will start waving documentation in Parliament again and no Director of Public Prosecutions (DPP) might ever get a copy let alone resources to act on it. Some might even file legal proceedings that will languish in the courts long enough for us to remember as another pricey novel of an investigation lies on the dusty bureaucratic shelves to form part of our national lore.

Having been set originally at $30 million, the St. Jude Reconstruction Project rose to $47 million in late 2012, with another estimate putting it at $60 million – double the original cost. Since its December 2011 deadline, the new hospital’s completion date has changed several times over the years. No completion date has been given by the current administration for the hospital.

Back then, Prime Minister Dr. Kenny Anthony said that whatever the cost, “it will be well worth it”, citing the fact that people in the south would no longer have to travel to Castries to seek medical attention. With St. Jude Hospital celebrating its golden jubilee last Monday, what an opportunity we let slip in reopening its new doors in time for that milestone by restoring comfort to patients and staff.

Saint Lucians are still hoping that St. Jude Hospital is worth both the cost and the wait. They, like regional and international donors, are also hoping that their hard-earned tax dollars were well spent to find the cure for a hospital which, if it could, might have filed a malpractice suit a long time ago.