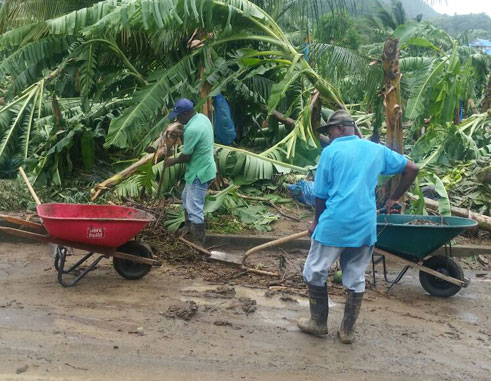 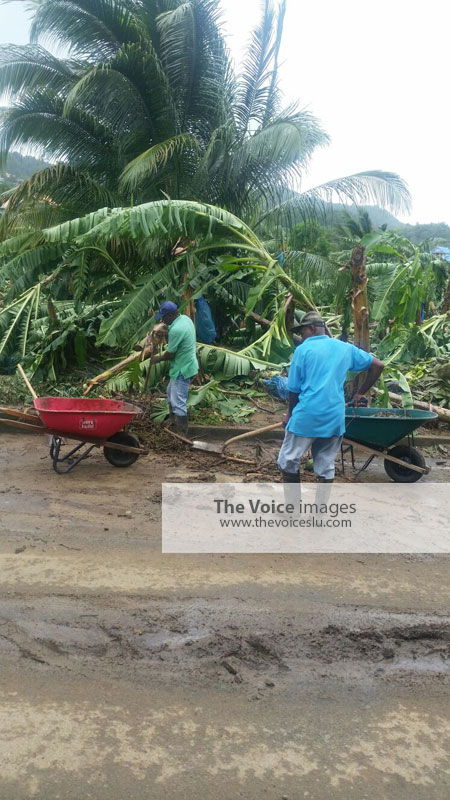 “…some of us were already at the office a little after 7a.m. prepared to do the cleaning”

Storm cleanup was underway in the Dennery North community on Thursday morning after the passage of Tropical Storm Matthew the night before.

As soon as the all clear was given, residents quickly put on their water boots, grabbed their shovels, cutlasses and wheelbarrows and began clearing the debris left by the storm. Clean up crews tackled the bridges in Cardi and Derniere Riviere and also the Thomazo Bridge.

According to Shaleen Felicien, Clerk of the Dennery North constituency, “it is part of the council’s responsibility to undertake clean ups in the community. We were on standby in case anything major happened and some of us were already at the office a little after 7a.m. prepared to do the cleaning.” She also informed us that in the past they have also extended their services to their neighboring communities including Dennery South.

Although the storm had not done severe damage to homes and properties in the community, the farmers weren’t as lucky as their farms suffered massively due to the heavy rainfall and have accepted that they will have to start over again.

More on Tropical Storm Matthew in this weekend’s The Voice Newspaper.