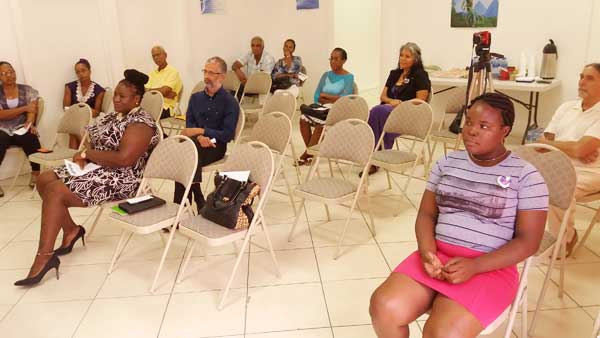 The brainchild of Alzheimer’s Consultant/Registered Nurse Regina Posvar, SLADA was formed to not only raise awareness of and educate the nation about Alzheimer’s and Dementia, but to also break the widespread stigma surrounding the neurological disabilities.

Posvar, who has been a registered nurse for over 23 years and has focused on Alzheimer’s and dementia for the past 16 years said when she moved to St. Lucia three years ago, it was a shocking realisation to find out that there was a serious lack of information and support for such an important health matter.

She said it was also very apparent that the masses were mostly ignorant of the facts, symptoms and support methods for these incurable diseases. She said: “The stigma is horrible because most people think that the symptoms are part of just normal aging, and so with that, they do nothing to try and see what’s going on, or what can be done to reverse it or even strengthen their memory.”

During the ceremony, three emotional testimonies were given, recounting time spent dealing with loved ones who suffered from Alzheimer’s. One testimony stood out however when one young lady spoke about how until recently, she was just as oblivious about the diseases as the masses described by Posvar.

Teddisha Busby who now serves as the association’s treasurer said: “Before I knew about Alzheimer’s, I used to think that the person was crazy or that they were doing things deliberately. Now that I have researched and taken classes, I am more aware about Alzheimer’s and how to deal with someone with the illness. When dealing with someone with Alzheimer’s, you need to be very patient with that person and you need to understand the present moment they’re in. This could be very challenging, especially for family members. I think raising awareness of Alzheimer’s is very good because I know there are family members out there who don’t know about the illness or how to treat someone who is facing the condition.” 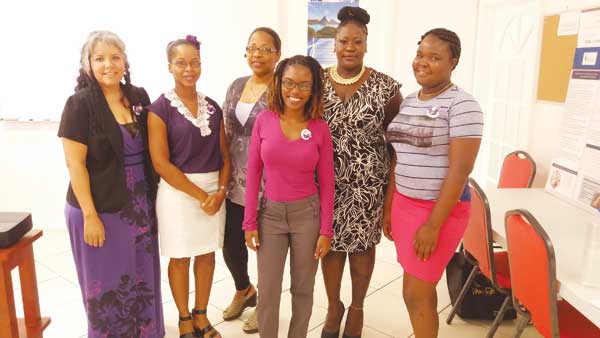 Posvar, who has been the author of the column “If Only I can Remember” which has been featured in The VOICE every Thursday for the past year, giving useful tips and guidelines about the illnesses, said she has received lots of support from groups as well as families of Alzheimer’s and dementia sufferers and businesses including SLHTA, JQ Mall, The Wellness Club SLT, FICS, The Johnson’s Memorial Home and The VOICE Publishing Company Ltd.

However, she received praise from the island’s leading Pathologist, who went on to pledge his full support towards the association and promised to advocate for its growth and influence in the island’s medical field.

Dr. Stephen King, who was present at the launch said he made it his business to attend the event because it is a very important issue in St. Lucia currently. On the other hand, Dr. King said he too has been affected by the illnesses as one grandparent from both his maternal and paternal sides suffered from Alzheimer’s, so he understands the strain.

He said: “When our quality of life is based on our minds, that’s how we experience this world and this life and as I saw with my parents, when that mind begins to go, begins to become unhealthy, begins to become diseased, the quality of life suffers. And whatever we can do to make it more comfortable and make our loved ones at that time happier, it’s just amazing. I think that you said it well that in St. Lucia there is not enough support or information.” 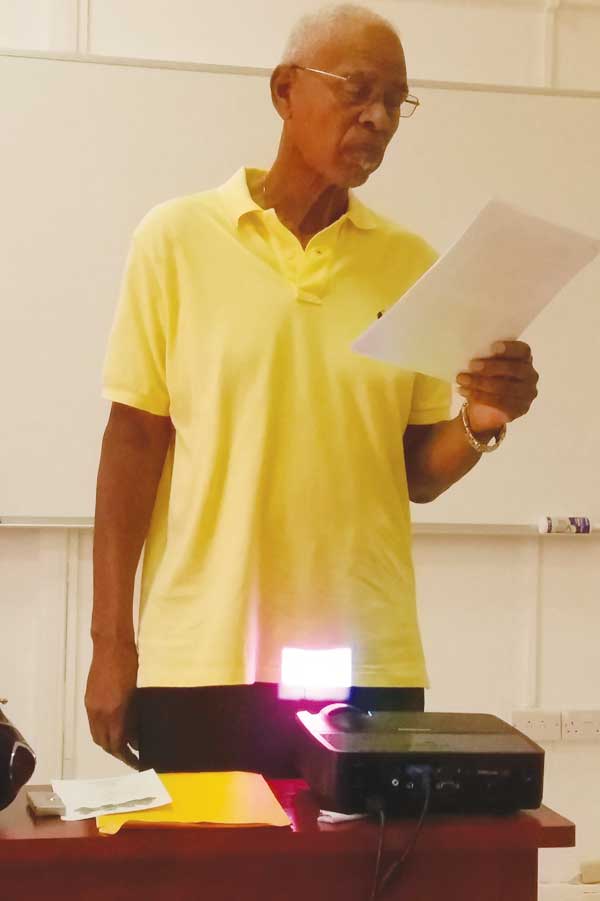 Dr. King said the SLADA was one initiative that will improve the lives of St. Lucians.

He responded to a call to use his influence to integrate the association into the local health sector by promising to work with them in their fight to educate and sensitise the nation on the neurological illnesses.

He said: “I am involved to a certain extent with the Ministry of Health reforms and what we need to do to transition and improve our health sector. My personal belief and the one that I express to the ministry and the various policy makers is that there is no substitute for people who have love and passion for the area in which they are working. You can pay and hire people, but nothing beats the passion…who feels it knows it. And it is in that sphere that the involvement of associations like this one, of carers for people with Alzheimer’s and for people with Alzheimer’s and their families, it is important to have them involved in the programmes of delivery of care from the prevention to the diagnosis to the management of the disease. So in the strategic plan for health, there is an area for mental health and in that area what we are saying is that there is an opportunity for a consortium of people to work on a coordinated plan for the areas in mental health.” 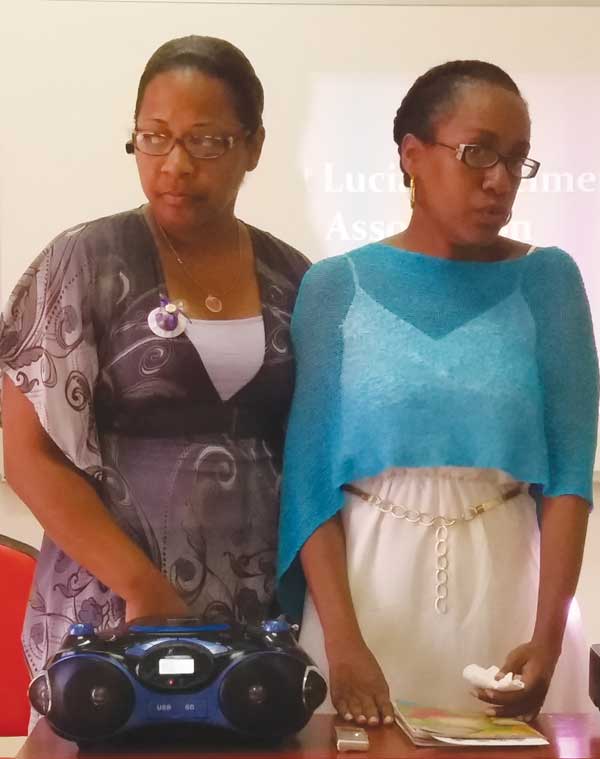 He continued: “I think it’s a very important association and I want to encourage you to stay together, let’s get involved and let’s see what we can do to get you mainstreamed into the health systems in terms of being able to be part of policy making, part of caring and doing all the activities with research, education and so on for professionals and everybody involved.”

To date, there are 1300 recorded cases of Alzheimer’s in St. Lucia.