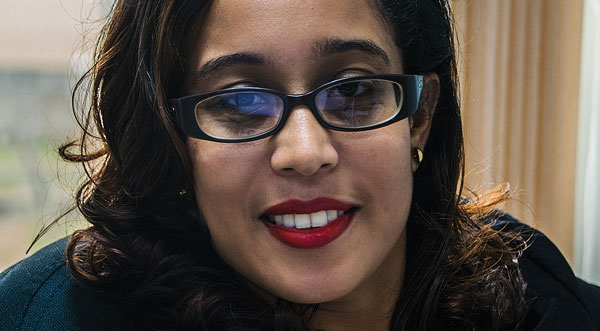 The Department of Youth Development and Sports wishes to congratulate Ms. Alisha Ally on her appointment as the new [female] CARICOM Youth Ambassador for Saint Lucia.

Spanning over a decade, Ms. Ally has demonstrated leadership and garnered extensive experience from her volunteerism in areas of youth advocacy, crime and crisis management, media and the creative industries.

Ms. Ally is the youngest, only female Saint Lucian and the second Saint Lucian after Sir Vincent Flossaic to speak at the House of Lords. Based on her performance at the 4th Commonwealth Youth Parliament, she was selected to represent that grouping at the CHOGM Youth Forum meeting in Australia. Her wealth of knowledge and training has been exemplary and will auger well for her two-year role as CARICOM Youth Ambassador for Saint Lucia.

The CARICOM Youth Ambassador Programme was launched in Saint Lucia in 1993 by the Heads of Government to mark the Twentieth Anniversary of CARICOM and was formally instituted in 1994. Since its inception, the Youth Ambassador Programme has contributed to increased youth knowledge and awareness of CARICOM issues and priorities; has raised the profile of young people at the national and regional levels; and has assisted in integrating the views and perspectives of young people from across the Region into national, regional and international policy and programmes.