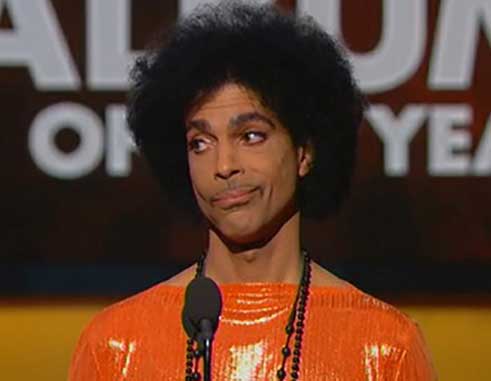 SOME time ago, I wrote bout the woes that media workers in St. Lucia face on a daily basis, especially the young bloods, and I specifically remember mentioning that one of our biggest issues is having supposedly seasoned media workers sit on their high horses and rather than pass on their knowledge, they choose to spit venom and tear down the confidence of those trying to follow in their footsteps.

Well since writing about this last year, it is sad to say that this problem is still ongoing, but I’ve learnt that the people doing this are only high and looking down on the up and comers for one reason…because they are filled with hot stale air!

Now whilst I enjoy my anonymity and the fact that I can express myself from my peaceful little corner without catching attention from the wrong set of people, I feel like I have to step out of the woodwork on this one occasion, even though I know that I will now have a target on my back, so that the bullies can know that they do not intimidate me and that their loud mouths will not cause me to wave my white flag and do as they demand.

In my last column, I sent out a cautionary plea to St. Lucians living abroad, primarily in the U.S. to be vigilant and to also be extremely careful in light of the racial unrest and tension currently taking place over there.

However, my topic was obviously not pleasing to some who would publicly trash what I had to say.

Now, although my name was not mentioned and neither was my article (well, that’s as far as I know because the programme on television that I am referring to had already started when I tuned in) but it was as clear as the nose on my face that my article was the one being referred to.

My work was basically called out (and then some) because I chose to focus on a matter that was going on internationally and was already being dealt with by U.S. authorities as opposed to me addressing the problems that we are facing right here in our back yards involving racism, murders and other types of violent crimes.

Whilst I had to chuckle at first because I first thought; ‘Hey, at least he’s reading The VOICE” I was slightly disappointed because clearly this show host hasn’t been reading it enough.

I have dedicated this column to talking about everything that bothers me as a proud citizen of this island. But most importantly, I have spent so much time talking about the ills like violence, crime, our police and their mistakes as well as the unfair problems that they face, IMPACS, politics and racism, that I’ve even been constructively cautioned to pull back on my emotional reins because I tend to go a little too deep when expressing my strong feelings on the matter.

I have pleaded with people right here in St. Lucia to practise unity and tolerance. I have also pleaded with my people to learn their laws and their rights because it is all out there for them to learn if they just take the time to look. I have done so with 100% love and hope that they will take something out of what I had to say as insignificant as I might be.

So to turn around and say that my priorities are messed up and that I was wasting the readers’ time with my nonsense, I could think of a number of things to call this attack but I will stick to “unfair” out of respect for my elders…even though the elders that I speak of have zero respect for anyone at all.

With that said, who died and made you king to think that the only time people are making good sense or speaking about anything relevant is when they are agreeing with you or speaking on a topic that matters to you?

Just because I choose to write about an array of topics rather than stick to those like Grynberg that have been diced and dissected to a pulp for the past how many years by pretty much everyone in the media, that does not mean that what I have to say is rubbish or nonsense.

Now I’m not saying that although these topics are constantly being brought up, that they’re not important or that they need to be placed on a dark shelf somewhere to collect dust, I’m saying that the world has continued and that there are other topics in need of discussion as well.

You would think that these people who know it all would know that the entire St. Lucian population does not consist of citizens 30-40+ years old and that whilst the younger generation need to know their history, including what transpired 16 years ago, they also want to hear issues that affect THEM being addressed.

I don’t pretend to know everything, heck, I constantly highlight the fact that I have a lot to learn but from what I have learnt in my years in the media, you will not find me tearing people down simply because they are not saying what I want to hear.

I don’t know what it is, whether it is delusion from old age or a need to make noise just to stay noticed but I just don’t understand the need to go to these lengths all whilst doing so unapologetically and claiming that you are doing it for the people.

There are ways and means of getting your point across without being a complete Jerk for goodness sake. (And I know that this term will roll off the backs of who I’m referring to because he has already stated how much he loves being the controversial “bad guy”, even when he is short of substance)

I don’t like drama and negative attention being flung my way, but what I do appreciate greatly, especially from media colleagues is amicable, respectable and constructive criticism. So I would like to ask that if you cannot give me the same respect that I ALWAYS bring to the table, then leave me the heck alone and throw your shade over to someone else who perhaps would bend over and allow you to bully them…The lady is not for turning!