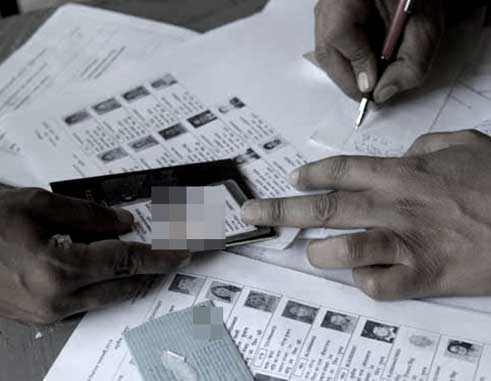 But Party Says It Is Ready for June 6 Poll.

THE United Workers Party (UWP) has expressed its concern over the absence of the final voters list for the June 6 general elections., and plans to take the matter up with the Electoral Department.

“We will be writing officially to the Electoral Department to register and state our concern with this development in reference to the voters list. As of today we have been told that we cannot get the list, that we will be getting the list sometime next week. We have not been given a day so you will well understand that it puts you at a disadvantage. Election-day has been announced but as a party we do not have the final voters list so we could peruse, do your necessary checks and balances,” Nancy Charles, the party’s Communications Director said.

The party is of the view that it should have already been in possession of the final voters list.

“It is mind boggling that the Prime Minister, knowing that the final list would be verified on 31 May called an election on 6 June which gives you an average of five or six days to peruse the list, do your verification, make your queries, state your concern,” Charles said.

“We believe that as St. Lucians, as a party in general that this is unfair,” she added.

However despite that, the party says it was surprised that Prime Minister Dr. Kenny Anthony did not give the traditional 21-day notice to prepare for general elections.

Guy Mayers, the party’s Chairman yesterday said a 21- day notice of elections “is a norm, which is what people expect.”

Mayers who spoke to reporters at a press conference called to respond to Prime Minister Anthony’s Thursday night announcement that general elections would be held June 6, noted his party’s readiness for that day, stating that “this time around all the factors are coming together to ensure that the party is ready for victory at the polls.”

Said Mayers: “The United Workers’ Party welcomes the news of the calling of the next general elections. We are settled and perfectly poised to win the next election with a comfortable margin. Because of our history, it is understandable that some members might be jittery due to the short 18 day deadline.”

The Prime Minister’s announcement of June 6 appeared to have surprised the country as it was widely predicted that he would have gone for a date later in June. The UWP had even predicted that the election date would have been June 27.

He rationalized the short notice for elections this way: “I have decided in the interest of our country to call the General Election several months ahead of its due date to ensure peace, stability and certainty in our country and its affairs,” he said Thursday night during an address to the nation.

With respect to the election date the UWP is concerned of the negative impact it may have on school children who will be writing two CXC subjects on that day namely Food and Nutrition (morning) and Additional Math (afternoon).

“We’ve had received a number of complaints, a number of calls. We do have a number of secondary schools where those exams are taking place that are used as polling stations. The question that is being asked by some of the parents and students is what happens to the exams,” Charles said.

“That is a concern for parents and the schools. It shows the insensitivity of the Prime Minister; he doesn’t care,” Charles added.

Another concern expressed by the party is the changing of polling stations. Charles said that the party anticipates that the venues for some polling stations would be changed, adding that the Electoral Department is now scrambling to make arrangements for alternative venues.