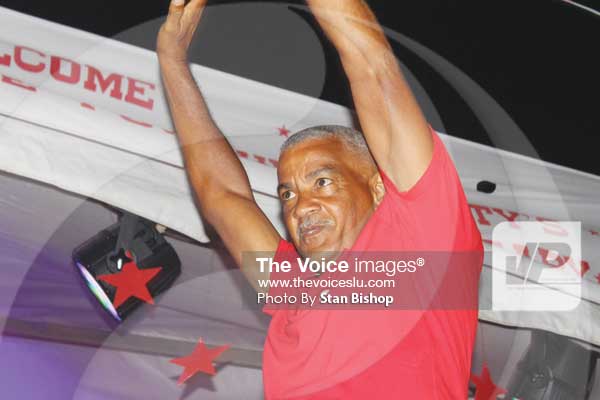 The open session for the party’s Conference of Delegates attracted a large crowd of supporters who were treated to messages from Political Leader and Prime Minister, Dr. Kenny Anthony, and guest speaker, Owen Arthur, former Prime Minister of Barbados.

A church service at nearby Our Lady of the Assumption Church preceded Sunday afternoon’s main event at Phillip Marcellin Ground.

During his address to party supporters on Sunday afternoon, Dr. Anthony said Labour had done its part in fulfilling its party’s promises to the people. The party, he said, has had to endure many pains in the process but has managed to restore pride and confidence to Saint Lucians through its passion for its party mantra, “Bread, Freedom, Justice”.

“We are at 65 and not yet out,” Dr. Anthony told the cheering crowd. “We are at 65 but renewed by our youth and anchored by our stalwarts. We are at 65 and will continue to fight our causes and for our values. I am 65 and I have no intention of letting our gains of the past four years of toil and effort to go to naught.”