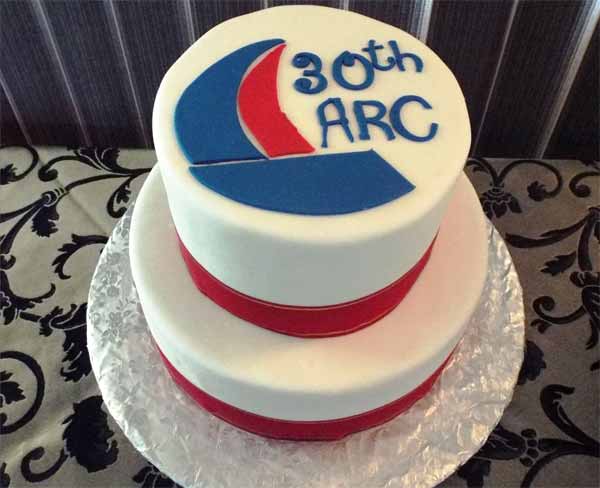 Tourism Director Says Benefits To Be Spread Even Wider.

THE St. James’ club was the chosen venue last Thursday for the launch of the 30th Annual Atlantic Rally for Cruisers and an appreciation ceremony for the numerous sponsors and partners of the event.

Although this year’s event will mark the 30th anniversary of the race, it will be the 26th year that the race will be ending in St. Lucia following the departure of over 260 boats from Las Palmas in the Canary Islands, a 2,700 nautical mile sail.

Director of Tourism Louis Lewis said the impact that the ARC has had on the island is phenomenal due to the economic benefits attributed to the destination from visitor spending to the whole development of tourism in St. Lucia with emphasis on the yachting sector.

He said visitors on yachts tended to spend up to 15 days at a time as well as much more money as opposed to the typical cruise ship passenger who spends just one day.

The Tourism Director said: “In terms of our GDP, we’ve had about 30,000 yachting passengers visit the destination on an annual basis and I think that is tremendous.”

Lewis said the general population has truly embraced the ARC as theirs and the agenda this year is aimed at spreading the benefits so that it has a wider reach into the different communities.

Events Manager for the World Cruising Club, Nicky Cozier said her organisation has a fun-filled programme of activities to welcome the 1,200 visitors from 35 different nationalities who will be coming in with the ARC.

She said: “This is the key element that continues to keep ARC participation in high demand year after year.”

Paul Ash, the General Manager of Island Global Yachting (IGY) Marinas said talk of the ARC has been an everyday occurrence since taking up the position as GM four months ago and it was marked solidly on the marina’s calendar.

Speaking in the capacity of a platinum sponsor of the event, Kentonia Smith of Digicel said the telecommunications company was pleased to lend its support for the eighth consecutive year.

ARC, she said, brings in much needed foreign exposure and investment as well as on island revenue generating initiatives which greatly benefit the local population.

Smith said: “We recognise the importance of the sustainability of tourism products such as ARC which contributes to St. Lucia’s economy and so, we at Digicel are more than happy to partner with the SLTB in this and any venture that delivers positive returns and economic stimulation for St. Lucia.”