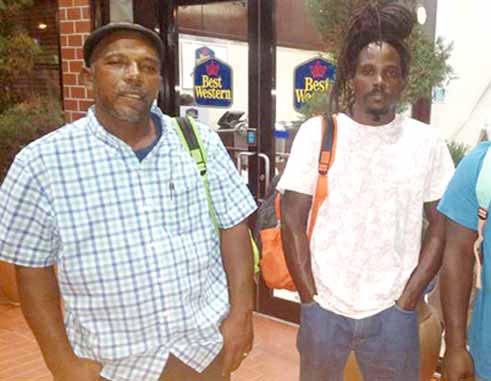 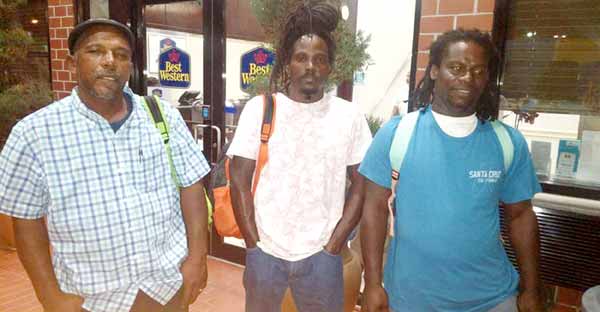 THREE Saint Lucians who were lost at sea on their way to Martinique and ended up all the way in South Carolina have been returned home after a seven day ordeal.

Last Wednesday at 3:30 a.m., Master KrysztofDudzinski of the vessel “Curacao Pearl”, noticed the fishing boat, “Jah walks on the water” (registration number 761350), drifting southwest of Puerto Rico, with three distressed mariners onboard calling for help. The trio, one of whom has a prosthetic leg, were picked up on deck with no documents or personal belongings. A brief investigation by Dudzinski and his crew revealed that the boat carrying the men had been reported missing by Customs officials in Fort-de-France, Martinique, its final destination.

Following the successful rescue, the “Curacao Pearl” which had been sailing from Trinidad continued on its journey to Port Charleston, South Carolina, where it arrived around noon on Monday.

Saint Lucia’s Consul General in New York, Julian du Bois, travelled to South Carolina to greet the men and accompany them to New York. On Tuesday, they boarded JetBlue back to Saint Lucia.

The Consulate General of Saint Lucia released a statement expressing its profound appreciation to Master KrysztofDudzinski and the crew of “Curacao Pearl” for the successful rescue operation, as well as to the U.S. Coast Guard and U.S. Customs and Border Protection.

The Consulate also expressed its gratitude to the attorneys at Biehl& Co., especially Sean Houseal, for its unwavering support of the Consulate, and the mariners themselves