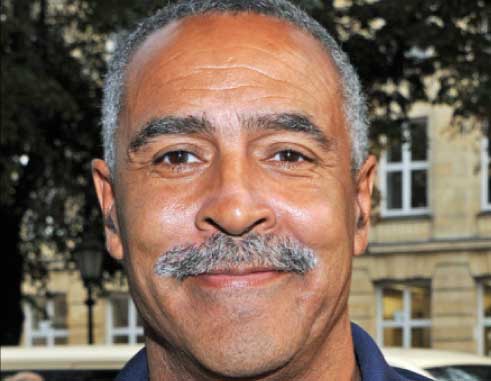 Sponsored | Article continues below
Share this post:
THE Saint Lucia Tourist Board (SLTB) is once again lending logistical and technical support to the staging of the third annual Digicel St. Lucia Triathlon to be held on November 21.

Designed with all ages and fitness levels in mind, these activities will provide holidaymakers, and locals with a taste of the overall triathlon event, offering families, couples and single people the opportunity to take part.

With three separate competitive distances available, including relays, the Triathlon features something for everyone. The course includes a swim in the beautiful clear waters of Rodney Bay, a tough hilly volcanic bike ride to Cotton Bay and finally, a flat run to Pigeon Island and back.

There will also be relay teams covering the same distances. (Relay teams can be two or three people doing any of the disciplines). For the Children’s (5- 9 years) events, there will be a 100m swim, an 800m bike and an 800m run as their challenge. Older children (8-15 years) can still take part doing the Aquathlon (swim/ run) over 200m swim and 800m run. Event organizers are also making arrangements to have children from Saint Lucia’s Special Needs School participate in a specially designed event.

Organizers have expressed pleasure with last year’s numbers which saw approximately 180 participants. This year they are hoping to attract over 200 participants with entry numbers pacing well ahead of last year’s.

Special guests this year include Daley Thompson and running legend, Steve Cram. Both Olympic medal winners and world champions, the two will be on island for the entire week supporting all the athletes taking part. They will also conduct free master-classes for all competitors and anyone else wishing to learn from these sporting greats.

“We are hoping they will be invited to go into some local schools and do some work to help promote sport and fitness on the island,” said John Lunt, Event Director.

Lunt expressed his gratitude for being able to host the event for yet another year on Saint Lucia. “I’m delighted that we have been invited back to your beautiful island to stage a truly iconic triathlon. Each year we build on the successes of the previous year. We are looking forward to turning this Digicel St. Lucia Triathlon into a major event on the island’s sporting calendar”.

Thompson, Event Ambassador said: “For its third year, I am sure we will see some great performances. Seeing the children’s race and them being so competitive is always a highlight for me”.

Country manager for Digicel St. Lucia, Siobhan James-Alexander said: “Digicel is once again proud to be associated with the St. Lucia Triathlon and looks forward to another successful event. The Triathlon affords us another opportunity to demonstrate Digicel’s unwavering commitment to the development of sports in Saint Lucia particularly when integrated with an international contingent. We also recognize the socio-economic benefits that accompany such an event and commend John Lunt and his team in once again bringing the event to our shores in Saint Lucia.”