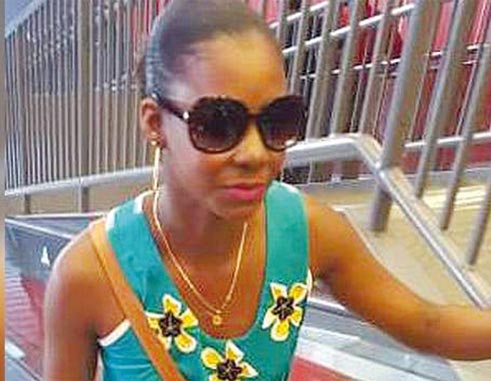 SPECULATION has been running wild both in social media and in the wider public about the circumstances surrounding the death of a 32 year old Reduit, Gros Islet woman, whose dead body was found in Soufriere , last Sunday.

But up to press time yesterday, the police had no leads and in fact were calling on the public for assistance as they continued their investigations into the incident.

Police have not yet ruled the death of Yanna Auguste a homicide but say that it was “suspicious”.

This latest death seems poised to test the capabilities of our lawmen. It was the second violent death of a woman over the last month. The first one of Cheryl Clarke is also unresolved so far.

The call for assistance is contained in the press releases issued for each case by the police public relations department which stated that anyone with information could contact the Major Crimes Unit at telephone numbers 456-3752 or 456-3754.

The deaths of the two women have sparked a buzz in the country that has reverberated across social media causing top government officials to caution users of those forms of electronic communication.

Police are still investigating the fatal shooting of 51 year old Cheryl Clarke who was gunned down last month after engaging in a verbal dispute with an individual at a sports bar on Brazil Street, in Castries.

An outspoken person in the Wilton’s Yard Community, although at the time of her death she lived at Bexon, Castries, police only outlined the briefest of details regarding the incident.

Clarke received multiple gunshot wounds to her body at about 12:10 a.m. June 26 prompting one law enforcer who viewed the body to say that in his 30 years in law enforcement he had never seen a woman so badly shot up.

Police yesterday morning confirmed that they had no one in custody regarding that incident neither do they have someone assisting them with investigations.

The second female death in Soufriere has placed added pressure on the police. The victim’s car was found partially submerged in the seas near AnseChastanet and her body found on nearby rocks.

Police say that they responded to a report of a vehicular accident at the bottom of AnseChastanet Hill and upon arrival discovered a partially submerged 2015 Suzuki Swift, registration number 8663.

“Auguste’s body was found near the wreckage with what appeared to be injuries to the head. The body was pronounced dead by a medical doctor,” a release from the police Public Relations Department noted Monday.

A post mortem examination of the body was conducted the following day revealing that Auguste “died as a result of physical trauma and asphyxia.”

But her family is treating the incident as one involving foul play, with the mother, Camilla Auguste, saying that somebody took her daughter’s life and her sister, Tamara Auguste suggesting the same.

Meanwhile both Health Minister Alvina Reynolds and Director of Human Services Elizabeth Lewis have spoken out against the manner in which Auguste was depicted on social media calling on persons using social media to stop being insensitive to the families of the deceased.

Police are calling on anyone with information which could assist in the investigations of Clarke’s homicide and Auguste’s suspicious death to contact the Major Crimes Unit.