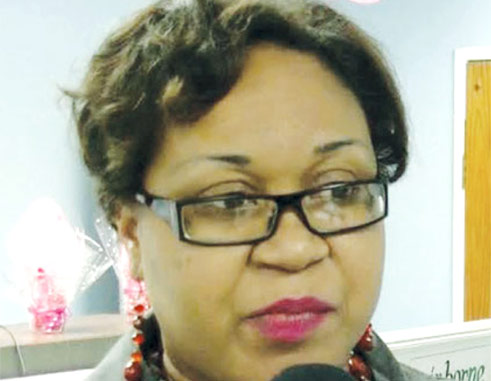 HEALTH clinics catering only for men are the latest in a series of moves being undertaken by the Ministry of Health to get men to know their HIV status.

Traditionally women are known to be more frequent visitors to health facilities than men resulting in women being diagnosed and treated for a disease while it is in its early stages.

Now the Ministry intends to reverse that situation and with more cases of HIV coming out as a result of increased testing for the virus, men are being called on to emulate their female counterparts by visiting a medical practitioner at the earliest signs of pain.

Dr. Alisha Eugene, Head of the Infectious Disease Department of the Ministry of Health sounded this warning as local trends indicate that more men are infected with HIV than women but women live longer with the virus than men.

Eugene, in discussion with The VOICE, indicated that men delay when it comes to getting tested for the virus while women would quicker see a doctor resulting in them being diagnosed and treated much earlier than the men.

“One of the reasons why women with HIV live longer than men with HIV is that the females tend to do well under the antiretroviral drug,” Dr. Eugene said.

To get more men to come out and speak to a doctor, health clinics targeting only men have opened in several regions including Babonneau, Soufriere, La Croix and other places.

These Men’s Health Clinics, open from 2:00 p.m. to 8:00 p.m. and are there strictly to assist men experiencing either sexual or health problems. The clinics are manned by male doctors only. Men are asked to come in and have one on one discussions with the doctors, get tested, ask questions about their health and whatever they are experiencing.

“So far the clinics have been successful. The men are coming in and talking about their issues,” Dr. Eugene said.

She explained that the increase in HIV cases was a result of several reasons such as neighbourhood groups conducting more than just the normal testing for high blood pressure and diabetes.

“We now have people seeing the need to test not just for high blood pressure and the amount of sugar in their blood stream, but for other things as well such as HIV and diabetes,” she said.

Dr. Eugene points to the migration and immigration of people as another reason why more cases of HIV are being registered, along with a change in the behavioural pattern of persons with HIV like having unprotected sex.

She hopes that the plan to integrate HIV services into clinics around the country becomes a reality later this year.

Saint Lucians with HIV began using the antiretroviral drug in 2006. It is a drug which preserves the immune systems of people with HIV causing them to live longer. However, longevity with the virus could only be achieved if HIV victims take the drug as directed.