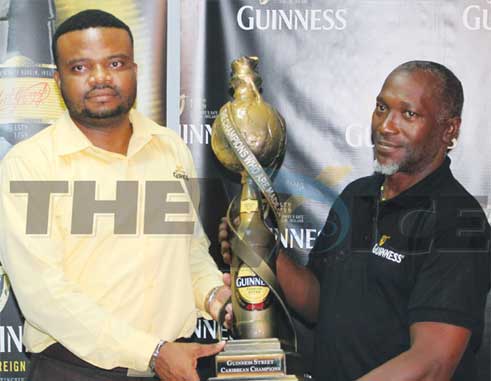 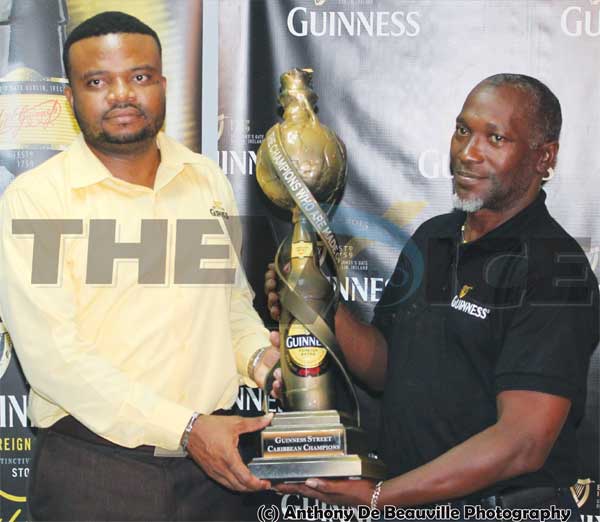 THE Windward and Leeward Brewery Limited conference room in VideBouteille was a hive of celebration on Wednesday afternoon when the local sponsors hailed the ‘Veterans team’ championship win in the Caribbean Street Challenge held in Jamaica recently.

It was an historic win for the home team which whipped Arms Unit from Barbados 4 – 1 in the finals.

Sylvester Henry, Brand Manager for Guinness, complimented the Veterans Team on their emphatic win. It was the first time a team from St. Lucia had won the title in four previous attempts.

“To win so convincingly means that the team has obviously performed brilliantly on and off the field throughout the two day tournament. They displayed commitment, hunger and unrelenting passion. Veterans success is also attributable to their consistency, focus and excellent execution of their game plan especially in the final”.

He added that every member of the Veterans playing squad and head coach Christopher Lamontagne’s management style deserved praise. Never before had a football team left our shores and come back home with US$6,000.00. 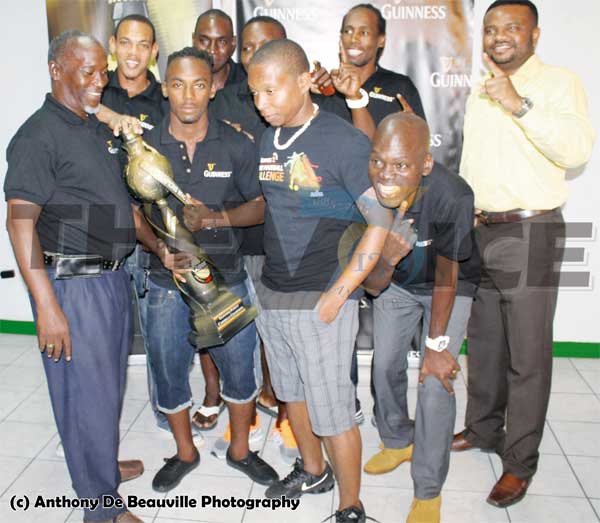 Henry said: “Exceptional teamwork and solid leadership throughout following day one, as well as the agility to bounce back after been fourth in the preliminaries were also hallmarks of their success.”

“As sponsors of the tournament it is extremely rewarding to be able to celebrate with you along with members of the media that have followed all the games during the various matches throughout the respective communities in St. Lucia”.

Head coach Lamontagne said it was truly fitting that his players were crowned champions, adding: “They were remarkably consistent and efficient throughout. First by winning the local leg. I’m truly impressed with the way my players went about every game they played. They matured, they played as a unit, they are deserving champions.”