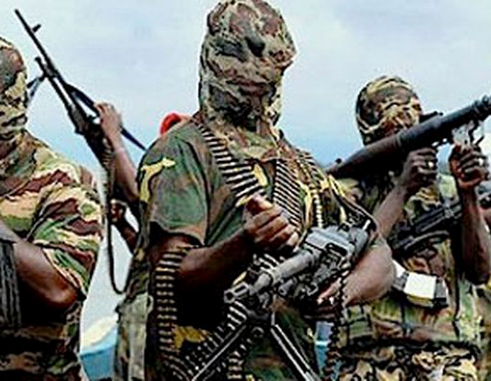 LAST week, following a three day massacre that saw 17 people killed, and which began at the offices of French satirical magazine Charlie Hebdo, France and the International community came together to stand up against terrorism and defend the right to freedom of expression. Days before, in another less developed part of the world, a place where justice, democracy, and what Amartya Sen terms “the freedom to live a life without suffering” are ideals enjoyed only by a fortunate favoured few, approximately 2,000 not so fortunate residents of Baga were killed by Islamist terrorist group Boko Haram.

Whilst both attacks were carried out by Islamist terrorists who may well consider themselves “freedom fighters” rather than mass murderers, there has been a striking disparity in the media coverage allotted to the two attacks.

Dr. Martin Luther King Jr said in his famous “I have a dream” speech: “Let freedom ring”, and ring it did, as 40 world leaders and an estimated 4 million people came together in a unity march in France to show their support for freedom of expression, in the aftermath of the attack which has been described as the most devastating attack to occur in postwar France. The “Je suis Charlie” slogan was coined and #JeSuisCharlie began trending across social media, even George Clooney and his attorney wife Amal wore “Je suis Charlie” pins at the 72nd Golden Globe Awards. Further still, a plethora of passionate editorials and front pages were dedicated to it.

However, whilst Charlie Hebdo evoked a shout, Baga only garnered a whisper

According to media analyst Ethan Zuckerman, “On January 4, the day after the Nigerian army base fell, the top 25 US mainstream media ran twenty sentences that mentioned Baga. The same news outlets ran 1,100 sentences mentioning Charlie Hebdo”. The disparity in media coverage prompted the Guardian Africa Network to publish an editorial entitled “What made the Paris attack more newsworthy than Boko Haram’s assault on Baga?”

It is a question that merits due consideration.

What made the Paris attack more newsworthy than Boko Haram’s assault on Baga?

It is entirely possible that the Charlie Hebdo attack enjoyed widespread coverage by the international (western) media due to the fact that the attacks resonated with other journalists who saw it as an attack on their right to freedom of expression. Equally, this can be refuted by showing examples where attacks on journalists did not garner widespread media coverage.

The disparity in media coverage could be explained by the fact that is difficult to obtain news from Baga, or that people in the west cannot relate to what is happening in Baga in the same way that they are able to relate to the Charlie Hebdo attack.

For some, the answer could be that there is a belief that African lives are deemed as being less valuable. Without doubt, there are people in the world who consider African lives to be of lesser value.Similarly, there are people who subscribe to the view that one’s value and worth are not determined by the colour of one’s skin, but, as Dr. King would say, by the content of one’s character. It is not a straight forward issue of Africa versus the world, as world history reminds us that at different times, some lives (and not just African lives) have been viewed as less valuable due to dynamics of geo-politics, wealth and power. For example, following the 9/11 attacks on the World Trade Centre, when the US started attacking Afghanistan, Donald Rumsfeld expressed regret over the “collateral damage”. Whereas each American life lost in the 9/11 attack was described as “tragic”, the non-combatant civilian Afghans killed were reduced to being collateral damage.

Whilst it is unfortunate that there is a disparity in press coverage among the two attacks by the international media, it is infinitely more unfortunate that Nigeria as a country, and Africa as a continent was largely silent. According to media analyst Ethan Zuckerman, the Charlie Hebdo attacks received more media coverage in Nigeria than the Baga attack which occurred in north-eastern Nigeria. Further still, Nigeria’s President, Goodluck Jonathan, who as a democratically elected leader should in an ideal world be “of the people and for the people”, expressed sympathies to the French government whilst remaining silent about the massacre in Baga. He is not alone however, as his silence is surpassed by the hypocrisy of Gabonese President Ali Bongo Ondimba, who despite being known as an African dictator who has violently restricted press freedom in his own country, participated in the unity march supporting press freedom in France.

There is no doubt that Nigeria needs help from the international community to subdue Boko Haram whose attacks have been curiously concentrated largely in the areas that fall within the opposition party’s stronghold. It is unfortunate that Nigerians living in the south of Nigeria regard themselves as being far removed from the Baga attack, as if it has little to do with them, and it unfortunate that the President of Nigeria who is up for re-election on February 14, has been unable to subdue Boko Haram and cancelled the US led programme to train the Nigerian army to repel Boko Haram.

With Boko Haram’s violent acquisition of Baga, which, given its position on the border with Cameroon, is of strategic importance, Boko Haram is according to some watchers, on its way to becoming a de facto state, and could pose a threat to the region.

It is hoped that the world will render assistance to Nigeria to subdue Boko Haram, and that the people of Nigeria, particularly the President, will think on these words of Martin Niemöller, and use their agency to change the course on which they are headed if Boko Haram remains at large: