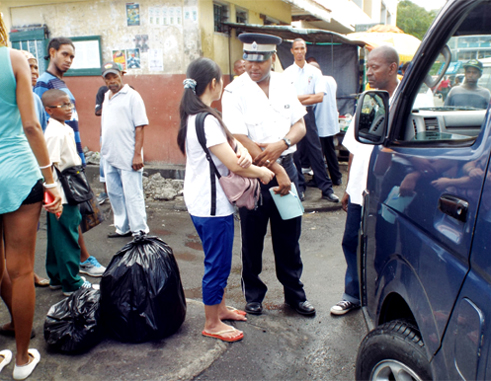 An accident this morning (January 9, 2015) involving an Asian woman and a minibus showed an ugly side to the St. Lucian mentality which raised the question of just how receptive locals are towards other ethnicities.

At around 9:20 a.m. at the Babonneau bus stand, a blue minibus, accidentally collided with an Asian woman who was attempting to cross the passageway designated to the minibuses.

Although the incident was very minor, the startled woman who was carrying two large black garbage bags appeared to be in some pain in her left foot and was left with a damaged slipper.

It was at this moment that the crowd began to grow rapidly. The VOICE witnessed the entire incident from the start including the crowd’s shameful response.

As the woman stood stoically awaiting assistance, people began to jeer and hurl insults at her.

The main taunt was aimed at her ethnicity with people yelling out “The Chinese woman just wants money”.

Many onlookers claimed that she was lying and that in fact, she never even came into contact with the vehicle. Some insisted that this kind of “trickery” was common for people of Asian ethnicity who lie just to make monetary claims. 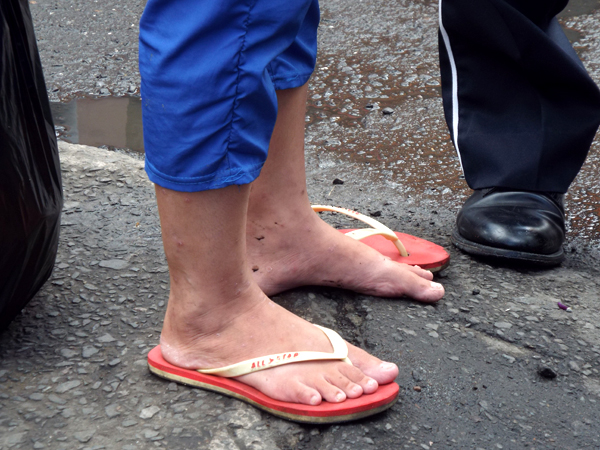 A few minutes into the incident, the police arrived on the scene to get the details and were forced to warn the baying crowd to back off .

Following this warning, the driver of the minibus involved in the incident collected the victim’s bags and proceeded to help her onto his vehicle so that they could clear the scene and allow the built up traffic to flow freely.

This caused further uproar as other minibus drivers and onlookers alike insisted that the driver should wait for an ambulance to transport the victim and that he should not put her on his vehicle.

After a brief conversation with the police who recorded the details of both parties involved, the driver drove off with the woman bound for the Victoria Hospital.

The extent of the woman’s injuries were not immediately known.