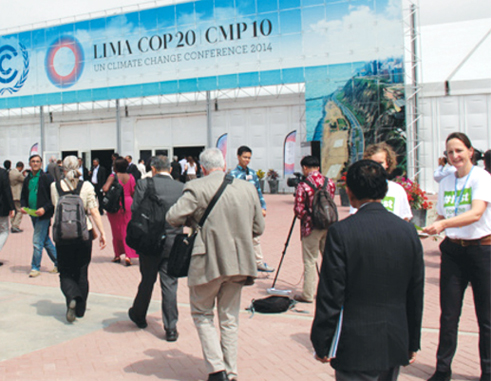 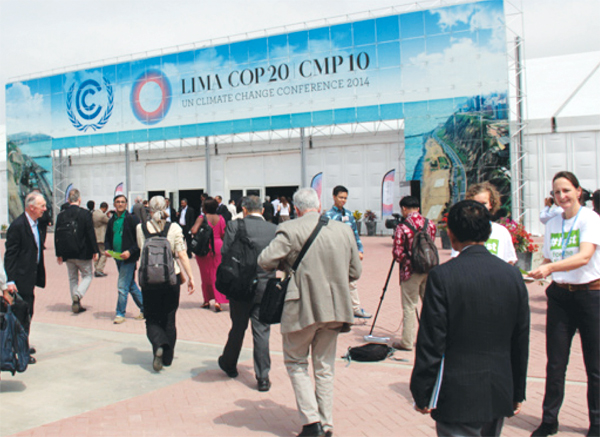 IF ever there was a time and an issue for the countries of the Caribbean to speak with one voice and at a high level, both the time and the issue have arrived.

The issue is the global average temperature arising from climate change which is now scientifically indisputable. A decade of research shows that a rise in temperature of two degrees Celsius (2°C) is a dangerous threshold, particularly for small islands and countries with low-lying coastlines. Yet, the world is heading in that direction with all the potential for the ruin of small islands, and the destruction of human habitats on low lying coastal areas in countries such as Belize and Guyana.

Throughout 2015, the countries of the Caribbean need to scale up their participation, responses and advocacy in every international forum on this issue. The time has come for the appointment of a high-level figure to head-up a permanent team of Caribbean experts, including members of the Caribbean Community Climate Change Centre, to represent the region with a single, strong voice. That team and its leader – accountable to Heads of Government – should be responsible for several important aspects of this grave problem that threatens the existence of some Caribbean countries and the viability of all of them.

The latter point is not an exaggeration. For instance, the Heads of Government of the 15 Caribbean countries that constitute the Caribbean Community (CARICOM) and Cuba declared in Havana on December 8: “climate change is one of the greatest challenges of our time, and we express profound alarm that emissions of greenhouse gases continue to rise globally. We are deeply concerned that all countries, particularly developing countries, are vulnerable to the adverse impacts of climate change and are already experiencing an increase in such impacts, including persistent drought and extreme weather events, sea level rise, coastal erosion and ocean acidification, further threatening food security and efforts to eradicate poverty and achieve sustainable development. In this regard, we emphasize that adaptation to climate change represents an immediate and urgent global priority”.

But, while recognition of the problem and declarations are appropriate, they are not enough. Strong measures are needed to move declaration to results-oriented action. That’s why a single, strong Caribbean team headed by a high-level figure, should be given urgent consideration.

Among the matters with which such a joint Caribbean team might be entrusted are: developing a communications strategy for informing the people of the region and the international community of the dangers posed to the area by continuing global warming; advocating the absolute need to curb fossil fuel emissions and develop alternative sources of energy worldwide; arguing for the provision of readily available funds to meet the costs of adapting to the effects of climate change, especially when loss and damage could be irreversible and permanent; negotiating for international financing to build capacity for resilience to climate change; establishing alliances with other countries and regions (beyond AOSIS -the Alliance of Small Island States) to argue for cutting emissions and providing financing; robust representation in the Conference of the Parties (COP) on climate change.

Two of the biggest polluting countries, China and the United States, have now agreed between them to cut their emissions. That is welcome news, but it must become more than a headline-grabbing public relations exercise. There are still real and troubling doubts. For example, as the outgoing European Union climate chief, Connie Hedegaard, has warned 2030 is a very late peak year for China – the later the peak year, the higher emissions would be before that. She also questioned the value of the US promise to cut emissions by 26-28%, compared with 2005 levels, by 2025. She makes the valid point that President Barack Obama will be out of office in 2016 with no guarantee that the succeeding US administration will honour his commitment.

The problems that the Caribbean region faces with climate change are real. But while governments have been attending meetings, making declarations and arguing their case, there has not been enough information within their countries of the extent of the threat that they face. This lack of knowledge and information has led to complacency at home and inadequate representation in the international community.

At the COP held in Lima, Peru from 1 to 14 December, only 7 of the 14 independent CARICOM countries were represented at the level of Ministers, and while a single – and welcome – statement was made on behalf of the group at a high-level Ministerial dialogue on climate finance, the necessary political weight and advocacy was absent. A single statement was good and important, but it would have carried far greater authority and received a much better hearing if it were clear to the other countries, that the speaker was a Caribbean-wide representative imbued with the power of Heads of Government of the entire region.

At Lima, the aspirations of Caribbean countries were dashed. According to experts who attended the meeting, there was “no explicit decision that Loss and Damage will be addressed in the new agreement”. Further, current pre-2020 pledges did not limit global warming to below 2°C, and there was no specific mention that the new agreement will address loss and damage associated with climate change. Even the elements of a new climate change agreement were not finalized although a decision of the meeting is that negotiations should be completed by the COP in Paris in December 2015.

In the year ahead, there is much work for Caribbean governments to do in the crucial interests of each of their countries. This work will not be done effectively or successfully unless the Caribbean countries, particularly the 15-members of CARICOM, speak and act collectively. It is imperative that the Caribbean has an eminent, strong, well-informed and articulate political presence at the Paris Ministerial meeting. Preceding that meeting the region should be speaking with one voice at the plenary negotiating sessions and in the several groups where policy issues are thrashed out. These include AOSIS, the Latin American and Caribbean Group, and the Group of 77 & China.

CARICOM has set up national groups and a single regional group on ‘reparations for slavery’ headed by an able spokesman in Sir Hilary Beckles. That pattern should now be adopted in relation to climate change. If Caribbean countries are to succeed in a year’s time in being heard and securing positive responses to their plight, there must be a strong sense of urgency demonstrated by collective action in joint high-level representation.

The alternative is to wait until calamity is upon the region.

(The writer is an International Consultant, Senior Fellow at the Institute of Commonwealth Studies, London University and former Caribbean diplomat. Reponses and previous commentaries: www.sirronaldsanders.com)