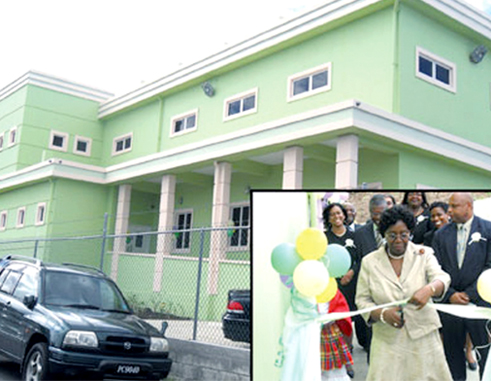 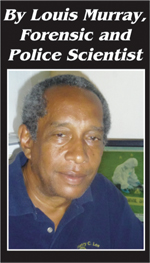 SINCE the word forensic is of Latin origin I pose that simple question on our forensic situation and translated indicates, ‘Where Are You Heading, My Friend Forensics’? This month will mark five years since our forensic laboratory opened its doors and not surprisingly continues to be dogged by many issues not the least relating to operations, performance, productivity, critical staffing and training, all of which should have long been acknowledged and properly addressed.

Even during the early stages of the construction of our forensic laboratory, I remember reading Prime Minister Dr. Ralph Gonsalves of St. Vincent and the Grenadines indicating his intentions to have his country establish its own. Nonsense I thought but that spoke volumes as it exposed an apparent lack of prior consultation and coordination among members of the OECS, important since the success of our laboratory, as that region’s first, would depend on it being a collaborative effort, serving the OECS region rather than only our market and with an inter island agreement of either shared financial responsibility or a commitment of OECS client support.

Apart from the financial aspect let us look at efficiency. Since St. Lucia or any other OECS member will separately not have analytical workloads to even barely satisfy the high capacity of modern day state of the art technology, to increase operational efficiency and avoid problems of instrumentation lack of use and down time it would be mandatory that our laboratory serve the OECS region collectively. But to date we are yet to accomplish that as forensic requests from our very sister states go off to other regional or maybe international laboratories. I note that the Jamaican government understanding the financial implications of running a forensic laboratory is giving thought to transforming its own into an executive agency to better prepare it to market its services and become more income generating. Across the world forensic laboratories are forced to readjust management operations and increase efficiency. A few years ago England and Canada each had to close one of their top government laboratories citing revenue losses and inefficiency.

The construction of our specialist scientific facility with its expensive and changing technology, required specialist human and other resources, operations and operational issues and its future development are just some of the demanding and costly areas requiring constant monitoring and careful strategic planning. So running an effective and efficient forensic laboratory is not an easy target and demands informed management. Evidently it is that lack of appreciation or knowledge and or preparation for the above that has ambushed our authorities and coupled with poor management directives and practices has fast tracked it to its current predicament. But the preferred response of denial from the laboratory’s ministry has been counterproductive and meantime the insidious effects of Murphy’s Law have steadily crept in. So, much of that is now further responsible for preventing our laboratory’s management from even contemplating soliciting work and I fear when we may be ready we will have the difficult prospect of having to play ‘catch up’ among the already established and expanding regional competition.

However, our situation might get more worrisome with recent on line information that Grenada’s acting Police Commissioner has requested the setting up of a forensic laboratory by their St. George’s University as part of its planned $750 million US expansion programme and for which consideration has been assured. Note well, he indicates that the laboratory will assist Grenada’s crime solving situation and serve other islands. Well, it can only be the very OECS which should have been our mandate and market. But even as it would be difficult for the OECS to support two or three forensic laboratories Grenada’s entry might be a successful anomaly to cause distress to the viability of our laboratory.

The cover afforded to a forensic laboratory through association with a resident university is already in effect in Guyana. A university can provide support by way of its existing management resources, scientific contacts, critical human specialists and technological resources and access to its maintenance services. In turn the university can use the laboratory as its practical base to offer independent or amalgamated forensic courses and as a hub for official programmes for police officers in crime scene management and also laboratory forensics. Those advantages from such a cooperative venture we will not have, however, say Sir Arthur Lewis Community College or Monroe College can play a role in so far as establishing training courses and this raises the aspect of opportunities and benefits, but then again there must be strategic planning. But our laboratory would first have to be brought up to speed for the success of any cooperative venture.

Our laboratory should not be operating for so long at the kind of levels it has been at and with a low productivity rating. It is not fair for taxpayers to fund such a costly facility which continues to operate with an average 75% of its mandated and equipped services ineffective. Further, if it is that its chief asset the DNA unit is now nonfunctional, as indications might point to, then it will be for the second time in the past year. Consequences of all of that will affect criminal investigations which rely heavily on both forensic intelligence and the results of examinations and also our criminal courts seeking scientific information to better assist in jury deliberations.

Some may consider my comments biting or gloomy but the reality may be even worse. Having operated in the clinical laboratory and forensic fields for about thirty years I have trained in and seen the operations of many laboratories and it is sad the gross underutilization of our massive investment. My view is our forensic laboratory’s future will depend on a policy and management turnaround through privatization or the intervention of some knowledgeable and experienced laboratory management entity to operate it on government’s behalf. That should be considered with dispatch as there is just too much at stake and time will not be on our laboratory’s side.

I now extend a peaceful Christmas and the best in 2015 to you, readers, especially those who express appreciation for my comments which I humbly accept and also to Voice editor Guy Ellis and his staff.