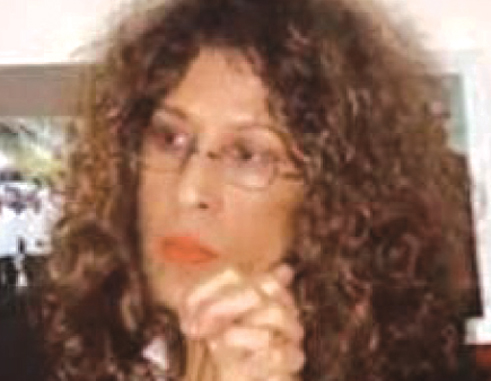 THE former Director General of the Organisation of Eastern Caribbean States (OECS), Dr. Len Ishmael, says the Caribbean will never achieve the status of economic resilience, as long as the international community insists on graduating it to middle income status at the level of the European Partnership Agreement (EPA) negotiations.

Ishmael, who is now the OECS Ambassador to Belgium and the European Union said that European development funds have been very important to the sub-region having been used as budgetary support at both the national and sub-regional levels.

“In the case of St. Kitts Nevis these funds have been vital through trade windows accompanying measures that seek to cushion the shock with the loss of the sugar market, and in the case of the Windwards, the banana market,” she said on the sidelines of the just completed 100th African Caribbean and Pacific (ACP) Ministerial Summit in Brussels.

But she said that over time, the islands have been graduated to middle income countries, given the fact that the European Union has been using gross domestic product (GDP) per capital to undertake fresh comparative analysis with the rest of the world.

Ishmael said that with that middle income status comes the loss of several privileges, and access to concessionary financing which inevitably makes capital more and more expensive.

As a result, she contends the islands are required to engage in commercial ventures so as to attract capital and loans which have been critical to support their development.

“We argue strenuously in this theatre that GDP as a means of speaking to the health and wealth of our countries is a bit of an artifice when you are dealing with islands that are naturally small.

The OECS diplomat said on one hand there is the European Union very much in favour of supporting vulnerability and providing finance to ensure sustainable development while on the other it is graduating the Caribbean out of the access to the very funds that it would use in pursuit of a life of sustainable development.

“So the issue of graduating is a very vital one in this theatre because GDP per capita is used not only in the EU but by the IMF (International Monetary Fund), the World Bank, multi-laterals, the WTO (World Trade Organization) and everywhere else to determine those countries which are graduated out of their ability to attract any new concessions for financing,” she said.

“In fact we have received word that St. Kitts Nevis will soon be graduated out entirely, you and I both know that as Small Islands Development States (SIDS) we are acutely vulnerable not just economically but environmentally and we don’t need to indulge in a conversation to know exactly what that means.

“Now we are not even safe from a wet whether event associated with last December’s tropical low pressure that wrecked St. Lucia and St. Vincent, not even a hurricane as a consequence of climate change, wrecked such havoc on our physical infrastructure including our livestock and crop supplies.

“The problem therefore for SIDS, is if we have no economic resilience, there is no way we can become economically resilient,” Ishmael noted.

She said that the paradox of all of this is that these small states are not saying that anyone else should be paying their way, but they argue that there should be across all theatres an understanding of the unique criteria that makes SIDS as vulnerable as they are.

“So it’s not all well and good to have a discussion on our vulnerability only when it comes to talking once every 10 years through Mauritius or the Barbados Plan of Action.

“These discussions should result in policy prescriptions that cut across all theatres, at the WTO, the UN General Assembly, post 2015 agenda for development or all of the global issues that directly impact us uniquely because of our small size.

“We will continue to ask that SIDS issues should be cross cutting and SIDS sensitivity is one that should be inherent to all national discussion on sustainable development,” she added.

The issue of graduating the Caribbean to middle income designation has been identified by the new ACP Secretary General Dr. P.I. Gomes as one of more challenging tasks of his five year term.

“We will need to resolve the principle of differentiation in the Cotonou agreement where Caribbean countries are being unjustly graduated to a middle income designation, and thereby excluded from grant assistance,” he told reporters.

“We need to fight graduation because of how it is calculated, it should not be on the basis of capital income alone, we are vulnerable because of the environment where we are located. One natural disaster and your GDP can be reduced to 60 per cent as happened in more recently in Grenada,” he added.

He said the Caribbean being considered largely middle income countries, with the exception of Haiti, which is the only lesser developed country (LDC) in the grouping, is a serious situation that nees to be addressed urgently.

“The Caribbean would also need to move very effectively is making optimal use of the development aid it receives in terms of ensuring that it has an impact, in addition to diversifying its sources of development assistance,” he said.

However Gomes said he did not share the view that aid is a big contributor to the GDP as the Cuban economy has shown.

“What I think is more important are the terms and conditions under which investments comes into your country and how they are able to help structural transformation of your economy,” he stated.