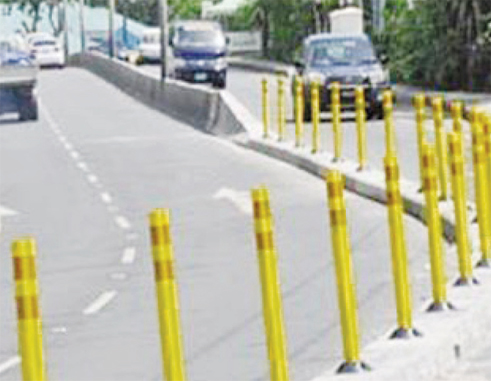 I entered the University of the West Indies – St Augustine in 1980 as a young 18 year old. 1980 was a very turbulent period in the history of Trinidad and Tobago with marches in the capital city almost a daily occurrence. The St Augustine Campus was not spared the turbulence and the coup in Grenada in 1979 and Nelson Mandela’s imprisonment had activated the then ‘I – Room’ as the crucible for debate on politics and economics. Despite my very conservative upbringing, the environment influenced my thought processes. I marched around campus, I joined a movement to stop the then PNM Government from continuing the building of a race track that had swimming pools for horses.

I also was impressed by a young lecturer named Raymond Charles, who sparked an interest in the field of Transportation Engineering. I recall using the blackboards of the Faculty of Engineering to vividly express my thoughts on apartheid, as before every class I would take a chalk and state my case for the freedom of Nelson Mandela. Raymond Charles took his duster and quietly and with a smile erased the words to start his class.

For the next 31 years after graduating, my passion has been transportation engineering. So when I drive on the nation’s roads, my mind is most active. My varied comments on engineering have not been driven by political bias, but a genuine desire for sound engineering practices within St Lucia. It is on the basis of engineering that I would express my thoughts on the Gros Islet Highway.

For the last 14 years, there has been a fascination that the Gros Islet Highway should be four lanes with overpasses, as what has been observed in metropolitan areas. There is the belief that increasing the number of lanes is a sign of progress and a solution to transportation issues. In those 14 years, we had consultants generating lofty billion dollar designs for the Gros Islet Highway, and over $ 40 million spent on road improvement works. We have seen two bridge structures costing close to $ 17 million, as precursors to the four lane highway. We have observed a most foolish experiment of placing four trucks on the section of the highway by M&C Home Depot as a demonstration that four trucks can travel side by side. The drivers have since recovered from the stress levels of trying not to touch each other.

In the 1990’s I lived in the lofty hills of Bonne Terre and had to travel to Castries on mornings on the then single lane road. The journey time depending on when you left home was about a maximum of 40 minutes.

I however moved to La Toc several years later, among the poor and dispossessed, and on the opposite side of Castries. A journey to Castries ironically can take 30 minutes on mornings from La Toc, and certainly we do not need four lanes highways from La Toc to Castries. This week for the first time in many years I had to come through the morning traffic from Rodney Bay to Castries. I decided to do some research on the travel times to various junctions. These are the results;

The real time experiment is showing that the Rodney Bay to Marisule route dictates the journey time into Castries. The primary reason seems to be the significant turning traffic coming out of the Corinth Marisule Junction. Herein lies part of the solution.

The present thinking is to go with the extension of the four lanes up to Rodney Bay. One would hope that there would be a purely intellectual discourse on this proposal sometime in the future. I am not convinced that increase of number of lanes is the solution to transportation issues. I maintain that one has to look at land use, the causes of trip generation, the modal split of your traffic, in the determination of your solutions.

We need to be creative, to be bold to try new ideas. The mundane and the ordinary cannot be embraced by small island states at this juncture of our history.