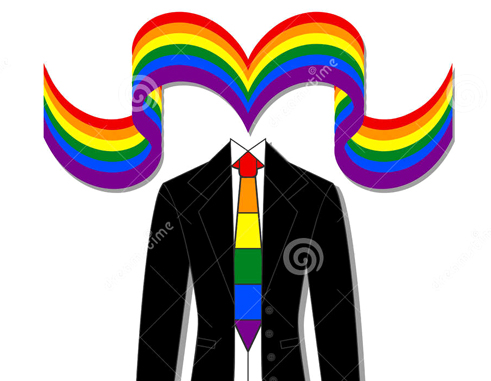 IN my long life on this job of writing for people to read, I’ve always maintained that there are subjects I’ll always cover — and others I just won’t. I truly feel that some things are just not worth my time to report, but I also decide what to cover based on how much I can share when I write about it. To some colleagues, it can be ‘a big thing’, but to me it can very well be ‘just another’ or ‘more of the same’. So, I often end up with inquiries about why I wasn’t here or there – somewhere where ‘everyone else’ was.

Case in point: Last week, a colleague apologized for late delivery on a deadline-related promise, explaining he was at “the LGBT media sensitization session.” The colleague then inquired, “How come you wasn’t there?” I simply said, “I think I know all I need to know about respecting LGBT rights and tolerating their presence in today’s society.” But in the back of my mind, I knew I qualified among those Saint Lucians who have learned to accept that our society has never changed, just that people who choose to be different these days speak and shout louder and demand that everybody else not only hears and listens, but also accepts.

I don’t know for tomorrow, but to date I haven’t been moved to write anything big about the LGBT community. I come across interesting stories written about same sex couples, from the Anglican Bishop who divorced his wife to marry a husband and later divorce him to the way Sweden has outlawed same sex marriages between Swedes and non-Swedes. But some of the stories I read, hear and see just don’t fit into my bag of reading materials.

The first was a news item I saw on RT (Russia Today) TV about an international petition floated by some Americans to prevent a bull from being slaughtered.

Apparently this was no ordinary cow. Bred to breed female bovines, it had simply refused to mount its provided mates, not even with the best persuasion. The frustrated breeder decided to replace the reluctant stud with another more willing bull and send the useless bull to the slaughterhouse.

Somehow the word got out as to why this particular bull was about to be sent to the slaughterhouse and — immediately — some gay rights activists took up its case. Taking to the airwaves and the social media, they launched an online petition to raise pity and money to save the bull.

As it turned out, the gay rights activists built their campaign around the bull “being sentenced to death because it is gay” and equated that with “sentencing of a man to death just because he’s gay.” The activists raised several thousand US dollars — and there a very lively online debate followed, in which gay rights groups picked up the campaign on the whole worldwide web.

However, those opposed to the campaign complained it was unfair to give this particular ‘gay cow’ any special treatment just because it was gay. One opponent argued: “Tens of thousands of ‘straight’ cows are being slaughtered every day, everywhere, worldwide, without anyone making a similar case for them. So, who’s defending them?”

See what I mean? (I would describe all the above as bovine faeces, but I guess that would be somewhat unkind…)

Then there’s that other story about a 22-year-old American university student found without pants on the back of a sheep in the campus’ sheep farm. Accosted and arrested after the guardians of the flock heard strange bleats and found him on the animal’s back, the young man at first denied having sex with the animal. He eventually confessed, but he claimed he’d mounted the back of “the cow” because he merely wished to release his accumulated stress from university studies and other forms of youthful student anxiety. When reminded it was “a sheep” and “not a cow”, he explained his wrong description of the animal was because “It was my first time with a sheep.” The young man was prosecuted for bestiality — while, according to the report, “the poor abused animal was kept under observation” following its harrowing ordeal!

See again, what I mean?

But back to the intolerance part… Last Sunday was observed everywhere else as UNESCO’s International Day for Tolerance. The LGBT community here noted that we still have a very long way to go to have that level of tolerance they expect from Saint Lucians generally. I know. And I also know why.

Intolerance is one of those words that can be applied in different ways, depending on who’s using it. In many cases, what’s regarded as intolerance is more lack of understanding or appreciation of the need to understand. But there are cases where this refusal to accept is expressed in ways regarded as intolerance, but which the intolerant regards as protection and defence of religious or cultural norms their societies have known from time immemorial.

The things we take for granted here today had to be fought for. I remember Rick Wayne’s visiting US-based sister, Deidre Carasco, being threatened by Catholics here (in the late 60s) to be “burned on a cross” for daring to wear a mini skirt during a protest march in Castries. Then last Sunday I saw a TV news item from some African country where women were demonstrating for their rights to wear miniskirts after a group of men publicly undressed a young woman because they said her skirt was too short and too deliberately tempting. More, the large group of women marching the streets was matched by an equally sizeable group of men demanding their right not to be tempted – or told to look away.

Like I said, I’ve never written so much about the topic(s). But I guess I’ve shown enough why I’m more interested in reading and hearing, seeing and writing anything and everything to do with any and everything else than that or those topics that you might find funny, but don’t really tickle my fancy.