Of age to look back long enough to bear witness to transformation of Caribbean tourism over the past six decades, I usually compare the present with the past to look into the future, not with a crystal ball, but with the benefit of enough hindsight to help gauging foresight with more than just guesses. 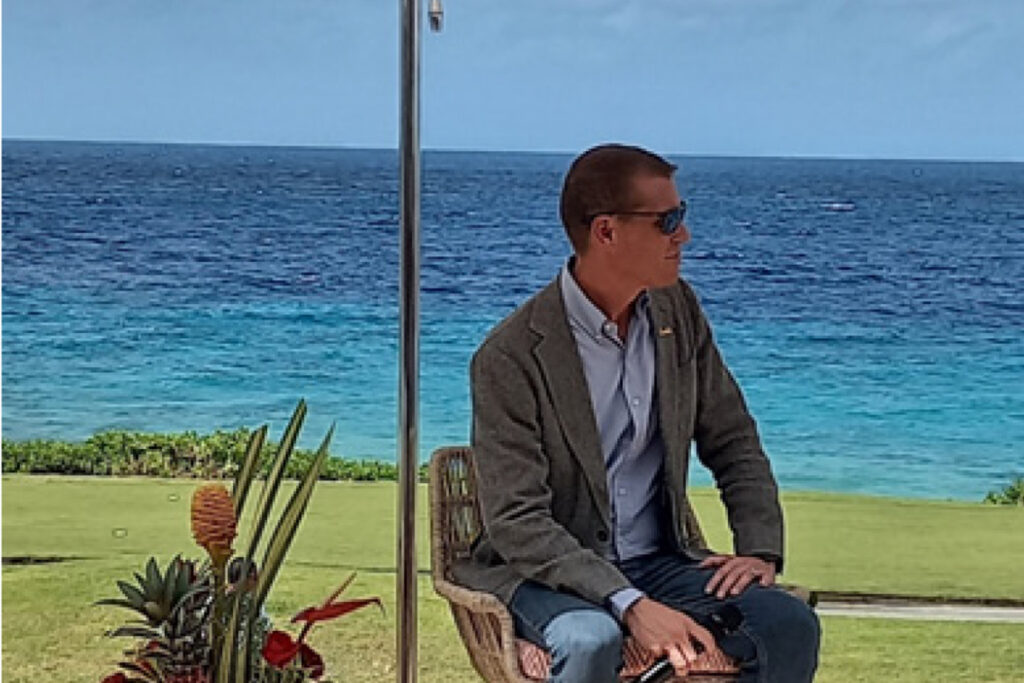 In the 1960s, visitors came to the tropical West Indian British, French, Spanish and Dutch-speaking islands for Carnival, Calypso and Cricket or Sea, Sand and Sun, all six reasons nonetheless splashed with variations of island rums to create spirited, everlasting impressions of holidays others back home could only envy.

Most visitors back then flocked to Cuba and Puerto Rico, Bahamas and Barbados, Jamaica and Trinidad & Tobago, the British and US Virgin Islands and the ABC (Aruba, Bonaire and Curacao) and SSS (Saba, Sint Eustatius and Sint Maarten) islands of the Dutch Antilles.

Back then, visitors arrived by sea and air, but mainly by rare cruise ships (like ‘Franca C’ and ‘Ascania’) and large classic passenger yachts (like ‘Yankee Clipper’ and ‘Mandalay’), the latter vessels among those introducing barefoot cruising to the smaller English-speaking islands, from Antigua & Barbuda in the North to Grenada in the south of the island chain.

By the 1980s, Caribbean tourism had graduated to hold its own and was ready to take-off into the global tourism and travel industry, as seen in the quiet birth of the Sandals brand in Jamaica in 1981.

I also had brief and pleasant exchanges with ‘Chairman Butch’ from time to time, on different visits to the island.

But I’d never met Adam Stewart, the family-owned chain’s Executive Chairman who’s ably steered SRI since his father’s departure to The Great Beyond in January 2021.

I was glad to fist-bump with Adam Stewart on the evening of June 24 at the memorable glitzy opening of Sandals Royal Curacao, SRI’s 16th property in a 9th Caribbean location.

He also addressed travel writers at an informal breakfast the morning after the big night’s official launch of the group’s first property outside the English-speaking Caribbean — in pastel-painted Curacao, the heartbeat of the Dutch-speaking Netherlands Antilles.

Born in 1981 — the same year his iconic dad opened the first Sandals hotel in Montego Bay – Adam’s spent a lifetime following his dad’s and the family’s Sandals footprints through the sands of time.

With older and younger family members also present, the SRI Executive Chairman cheerfully recalled that his father was “a fifth-generation Jamaican” who “went into the hotel industry for all the wrong reasons – to earn capital for his other investments…”

Forty years after the first Sandals opened at Mo Bay and with 40-year-old Adam at the helm, SRI is, in his eyes from the crow’s nest, “quintessentially from and of the Caribbean…”, boasting the highest return-customer ratio and the highest employment record across the industry, across the region.

Indeed, following his dad’s departure to The Great Beyond, Adam announced in 2021 the Caribbean’s leading luxury hotel brand was committed to creating “5,000 jobs in the next five years…”

“We aim to out-perform all,” he humbly insisted, “as we will continue in our quest to share the four corners of the Caribbean with the rest of the world…”

Waxing warmly with the tranquil sea and blue sky to his back and a homely drone hovering overhead, Stewart told his special guests on the slow morning after the long night before, “This is about as good as it gets on the planet!”

But that was not the end of the Sandals journey, just the beginning…

Stewart revealed SRI, which has been voted the world’s best in its all-inclusive luxury class 27 times in the past 27 years, didn’t sleep, or slip into lockdown mode, during the two years of the COVID pandemic.

Citing his late father’s theme of “Never wasting a crisis”, Adam disclosed the group actually bought five new properties since COVID-19, even while quickly adapting to the New Norm by adopting air-tight COVID-19 protocols that were later adopted as the regional standard.

A new family-oriented Beaches property is one of the five and already under way in St. Vincent & The Grenadines, with extensive renovation and upgrading works also taking place at all SRI properties across the Caribbean, including Saint Lucia’s Sandals Grande, La Toc and Sandals Halcyon.

And new properties are also under way in Jamaica, with Sandals Dunn’s River due to open before 2022 closes, while the adjacent Sandals Royal Dunn’s River is slated for opening in 2023.

Stewart says the new Sandals Dunn’s River was the last project he and his late father collaborated on and is an homage to the natural beauty of Jamaica.

But that’s still not all…

In addition to the US $230 million development of Sandals Dunn’s River and Sandals Royal Dunn’s River, SRI also plans an over-$250 million renovation of its third new location in Ocho Rios, Beaches Runaway Bay Resort, described on Sandals’ website as “the third family-friendly Beaches Resort in Jamaica,” which will have an estimated 400 one-two-three-and-four-bedroom suites, designed with extended families in mind…”

From St. Vincent & The Grenadines to Jamaica, SRI’s hands are full, but the region’s best-known tourism and travel company (by far) isn’t only about buying and building hotels.

In cooperation with the University of the West Indies (The UWI) and Florida International University (FIU), it’s leading a partnership to establish the Caribbean’s first hospitality (hotel and tourism) university.

At the end of Adam’s guided tour of the Stewart family and its thousands of staff and team managers have taken SRI beyond the stars and with his invitation to buckle-up for its next flight “to the moon”, my mind took a quick flight down Memory Lane to the sixties, when flights were rare and sights were limited to the same few on each island, cruise visitors and sailors were welcomed at dockside by serenading musicians and souvenir vendors – and the number of hotels could have been counted on one hand.

Sixty years later, after four decades of developing the all-inclusive Caribbean brand in ways only SRI has done, my mind saw how Sandals and Beaches had earned every one of their rows of records of achievements, won year-after-year, for more than a quarter-century.

My mind’s cyclopic eye also saw how Sandals had over three decades developed professional cadres of regional and national teams of highly-trained staff everywhere it operates, which interchange between the group’s hotels across the region and provide on-site leadership training, as regionally-mixed Task Force members, to new staff at new properties.

Stewart brought me back to the table with an open invitation to “Put on your seatbelts, because we’re about to take off again!”

He said Royal Curacao also marked “The launch of Sandals 2.0 — to take us to the moon!”

From all I heard that morning in Curacao, I left the island the next day, more convinced than ever before, that if visitors came to the region in the sixties for Cricket, Carnival and Calypso or Sea, Sand and Sun, they now have all six reasons wrapped-up in one Sandals vacation, where you can Stay at One and Play at All — and where all you need is Love!