At a brief ceremony today in the margins of the 60th Anniversary of the Non-Aligned Movement Summit, the Honourable Mark Brantley signed a visa waiver agreement with His Excellency Mr. Pacôme Moubelet Boubeya, Minister of Foreign Affairs of Gabon. 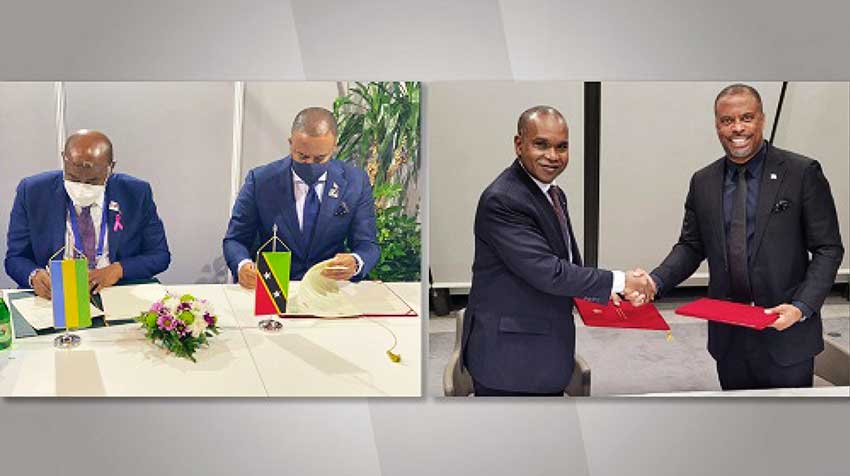 Saint Kitts and Nevis formalized diplomatic relations with Gabon in January 2018. This visa waiver agreement signals the two countries’ strong commitment to augment economic and cultural ties that would redound to the mutual benefit of their citizens.

Gabon is located on the West coast of Africa. It is rich in natural resources as the fifth largest oil pro-ducer in Africa and with 90% of its landscape covered in tropical rainforest, it is the second-most forested country in the world. This has positioned Gabon to become a green superpower and a global leader in climate change mitigation.