A group of Saint Lucian artistes, producers and creatives have joined forces in the hopes of bringing to an end the senseless killings and violence that has plagued the island. 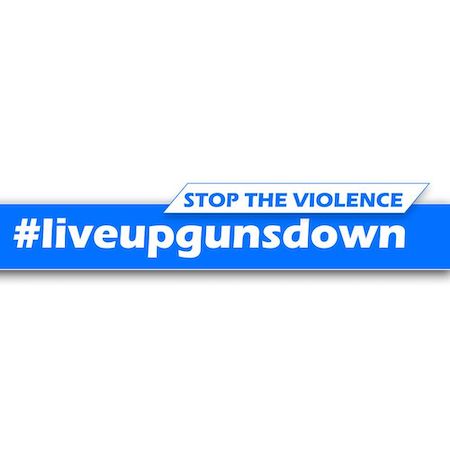 The group which includes heavy hitters in the Dennery Segment, Reggae, Soca, and Lucian Dancehall genres have one collective plea, “live up guns down-stop the violence”. Reigning Groovy Monarch  “The Artiste Sly”, in an interview with HOT 7 TV News encouraged his fellow artistes to use their platform not only for personal benefit but also for that of our nation.

He said that he saw the need to speak up in the wake of the violent killings by guns in the communities. A firefighter by trade, “The Artiste Sly” said that he had seen first-hand the true effects that the brutal slayings had on society. “Families are left without loved ones, fathers, brothers,” he said, “it’s not just each other they are hurting.”

During the holiday weekend, the island recorded two double homicides in less than 24 hours, one of the victims, a young mother, was hit by a stray bullet.

The “Stop the Violence- Live Up Guns Down” campaign has featured a plethora of video messages from popular household names and will also see the creatives making various media stops as they move to curb a worrying state of affairs on the island.