The normal rush on a Saturday morning came to halt after a woman was gunned down at close range shortly before 9:00 a.m.

The gruesome killing occurred in the presence of multiple onlookers, many of them waiting to board a bus. 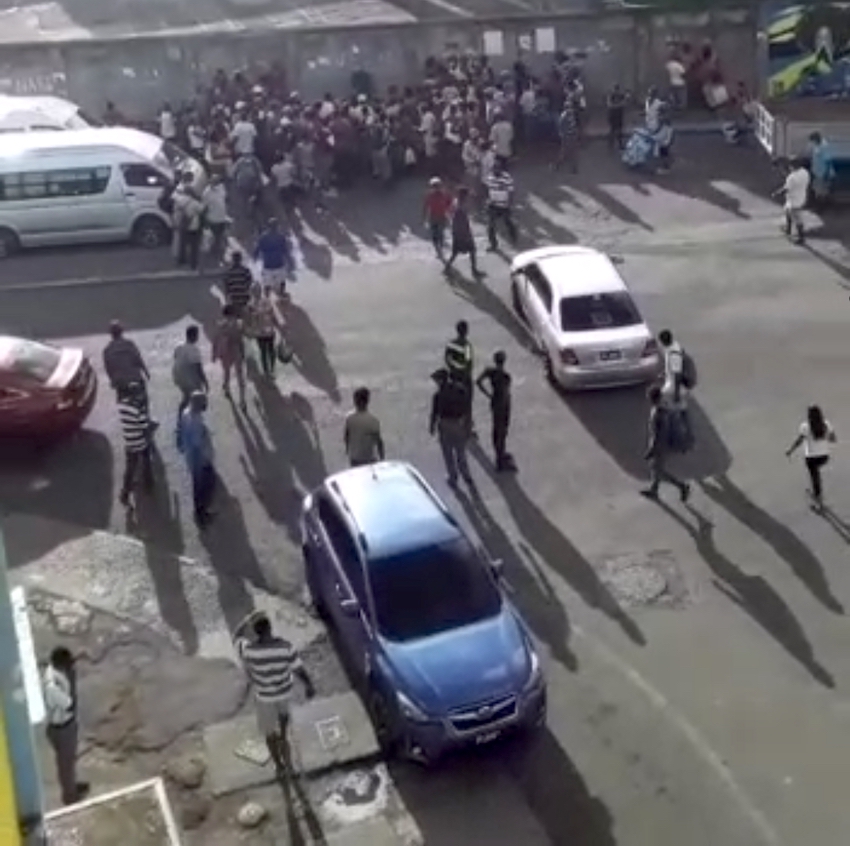 “She is the lady who normally sanitizes our hands before we get on the bus”, a visibly traumatized commuter told the news desk. “I heard about four shots”, another confirmed as scores of onlookers converged onto the morbid scene.

An investigation into the island’s most brazen murder in recent times has commenced as officials from the Royal Saint Lucia Police Force were seen cordoning off the area.