The distinction of Paul Harris Fellow is bestowed on individuals in recognition of their selfless service, whose work contributes to Rotary’s humanitarian objectives and embody the organisation’s ideals through leadership and commitment. It is named after the founder of Rotary. Paul Harris is globally recognised as having established the world’s first service club in 1905. 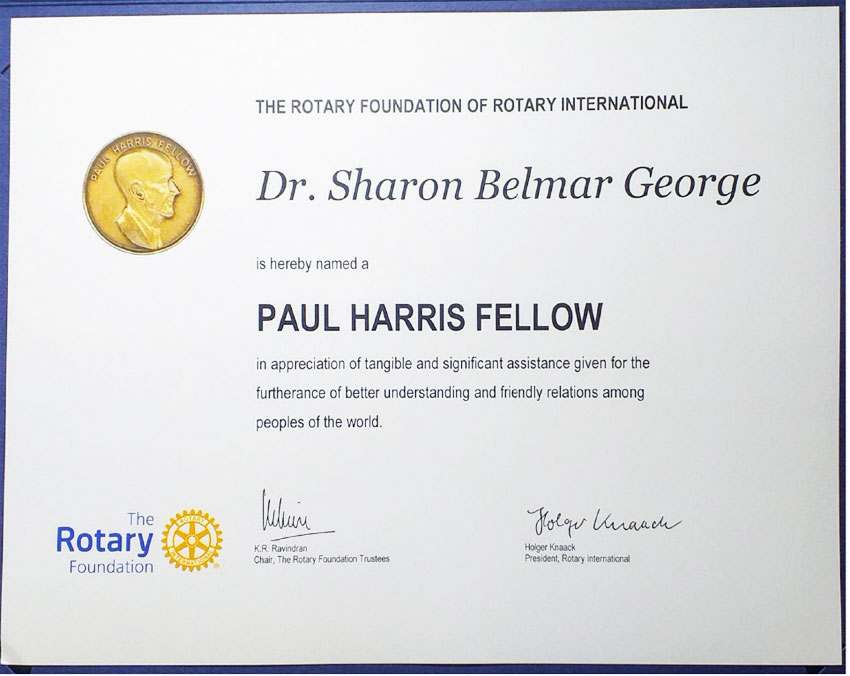 In addressing those gathered, Mr. Khan observed that their selection was an easy choice because in many ways their work and contribution to Saint Lucia aligns perfectly with the ideals of Rotary. “On behalf of a grateful Rotary Club, I sincerely thank you for your outstanding service to our country and more specifically to our people. Saint Lucia is indeed a better place for the roles you both continue to play in preserving and sustaining the health and wellbeing of all citizens”, Mr. Khan added.

In January 2020, she was promoted to the position of Chief Medical Officer responsible for the Primary and Public Health management and program implementation. At the administrative level, she is involved in policy formation, program planning and evaluation. 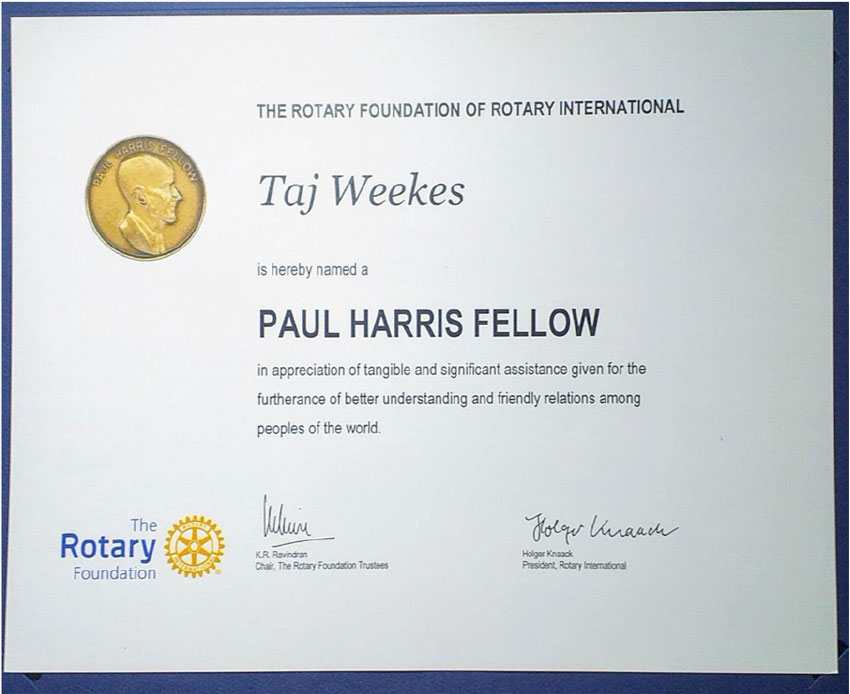 She works closely with the other public health departments such as the Bureau of Health Promotion, Environmental Health Department and the Epidemiology Unit in Public Health management.

In conferring her with the designation, President Khan conveyed Rotary’s highest commendation for having “distinguished herself in her relentless and selfless service to our country, and for rising to the occasion at a time when our nation has been confronted with its biggest social and economic challenge”.

The second inductee – Taj Weekes, co-founded the foundation ‘They Often Cry Outreach’ (TOCO), along with his wife Angela in 2007. Since its inception, TOCO has touched the lives of thousands of children through programs that include a sports equipment distribution program, annual dental clinics, bicycle distribution programs, annual holiday parties, diabetes awareness initiatives, domestic violence assistance programs, and a spay/neuter clinic.

He is also a frequent lecturer to high school, college and university students on topics ranging from tolerance, the importance of reggae music in social activism, and social issues that affect the Caribbean. The Paul Harris Fellow is the latest in an admirable collection of awards for philanthropy and service by regional and in-ternational organisations, as well as the Government of Saint Lucia.

As he concluded the citation on Taj Weekes, Mr. Khan said that “The Rotary Club feels compelled to validate your remarkable humanitarian work which is so woven into your celebrity. We note that contrary to the norm, you choose to use that ce-lebrity not for your own personal comfort, but to serve and speak on behalf of children and the socially disadvantaged in Saint Lucia and the region.”
The Paul Harris Award is accompanied with a symbolic monetary donation of US $1,000 made in the name of recipients to the Rotary Foundation to go towards its philanthropic work.