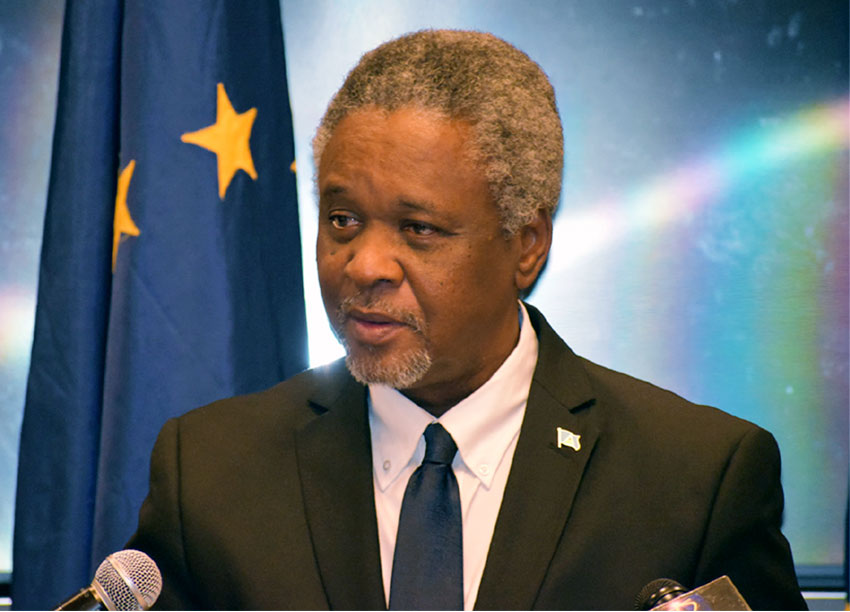 MINISTER for Home Affairs, Justice and National Security Senator Honourable Hermangild Francis has indicated there is a need for a major reduction in stigma against former prison inmates in Saint Lucia.

The reduction in stigma, he explained, is not because the impact of crime on the society is not understood, but because high levels of stigma increases the possibility that persons recommit themselves.

“In order for us to reduce recidivism, we must give them the chance to reform and lead productive lives. There are career criminals but you will also find genuine people who want to change the course of their lives,” Francis said.

Minister Francis, who has made this appeal before, recently attended the Fourth Meeting of Officials responsible for Penitentiary and Prison Policies of the Organization of Eastern Caribbean States. The two day meeting was held in the Dominican Republic. The minister was accompanied by the director of the Bordelais Correctional Facility Mr. Hilary Herman.

Commenting on that meeting Mr. Francis says it was very productive as the region shares many common concerns on the issue of incarceration and reform. “At the meeting we deliberated on programs of rehabilitation and the social reintegration of prisoners in the community”.

The Meeting of Officials responsible for Penitentiary and Prison Policies forum annually meets to look at solutions to incarceration problems including alternatives to incarceration, inadequate programs for rehabilitation and social reintegration, poorly capacity- building for prison officers, combating corruption, and incarcerated minors, as well as disaggregated data and gender sensitive information.

The Minister lamented the lack of support for prisoners in the country, a situation he said leads parolees back to a life of crime and hereby violating their paroles.

“We don’t seem to want to look at our prisoners and try to reconcile their rights to society,” he said calling on Saint Lucians to do better as a people in reintegrating inmates back into the society.