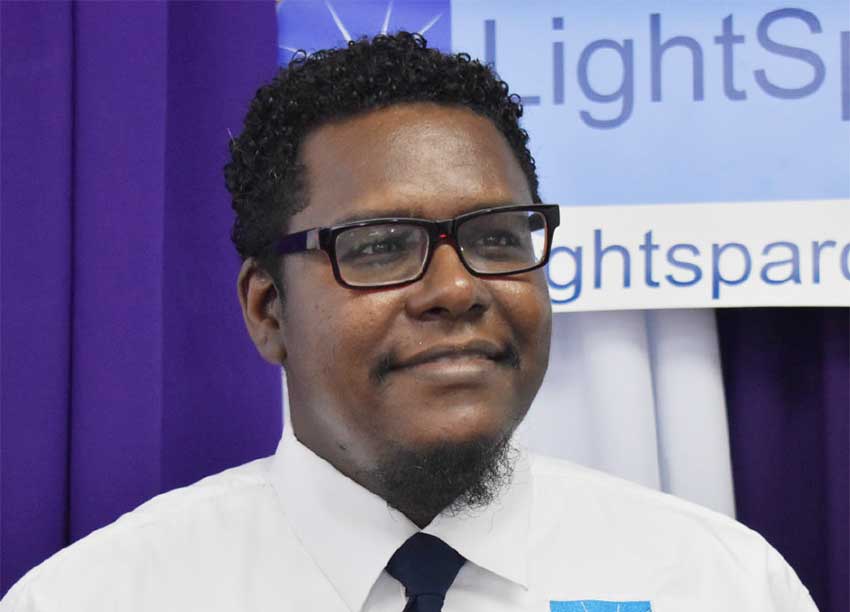 WITH ever-increasing globalisation, the Management of LightSparc Training continues to emphasise that it is important for Saint Lucians to enrol in educational programmes that are globally recognised. This is one of the reasons that LightSparc has partnered with the internationally recognised Institute of Commercial Management (ICM) and the Professional Evaluation and Certification Board (PECB).

For LightSparc, which is a local institution for accrediting qualifications, this partnership was a strategic move for the benefit of Saint Lucians because ICM, which is headquartered in England, is an internationally recognised examining and awarding organisation.

Eleazar Noel, Business Development and Delivery Coordinator for the Caribbean at ICM, was present at LightSparc’s official open day at the institution’s headquarters on High Street last week. The open day was held to unveil to the general public the ICM programmes that are now accessible through LightSparc Training. Noel said that ICM, which has more than 500 centres in more than 120 countries around the world, was an institution which made education accessible and affordable to all. He relayed the benefits that the partnership with LightSparc would bring to persons seeking to further their studies.

He said, “When you are with an institution that is well recognised throughout the world, and they have partnerships all over the world not just with educational institutions but with businesses as well, you can be sure that the qualifications you leave with can be taken anywhere in the world.” He stressed that this was the kind of educational institution which young persons should gravitate to. Noel intimated that ICM was fully accredited by the Office of Qualifications and Examinations Regulation (Ofqual), which is responsible for regulating qualifications, examinations and assessments in England.

According to Noel, this accreditation meant, “Any programme that you completed with ICM you can go to any institution that is also recognised by Ofqual and you can literally transfer your credits.” He said that persons who started ICM programmes in Saint Lucia could move to anywhere else in the world where ICM programmes are offered to complete their studies there. He noted this was important as it gave students greater freedom of movement, and further stated, “You don’t want to end up in a situation where you did a programme, like a diploma for instance, and then decided you wanted to migrate to Trinidad, London or anywhere in the world to further your studies, and be told that you had to start over from the beginning.”

Bernard Bovell, Founder and Managing Director of LightSparc Training, was also present at LightSparc’s official open day. He said, “There is no doubt that a country’s economy becomes more productive as the number of skilled professionals increase.” He further stated, “As the leading training and professional development institution in Saint Lucia, we take very seriously our role in helping the Ministry of Education to fulfil its national 2030 agenda of ‘leaving no one behind’. We are proud to partner with these outstanding international institutions to ensure that we’re always bringing the very best to Saint Lucia.”

Some of the ICM programmes now available through LightSparc include Diplomas in Maritime Management, Journalism and Media Studies, Project Management, and a Bachelors Degree in Applied Accounting. The costs of the programmes range from as low as EC $6,000 and can be completed in six months and up to a year.