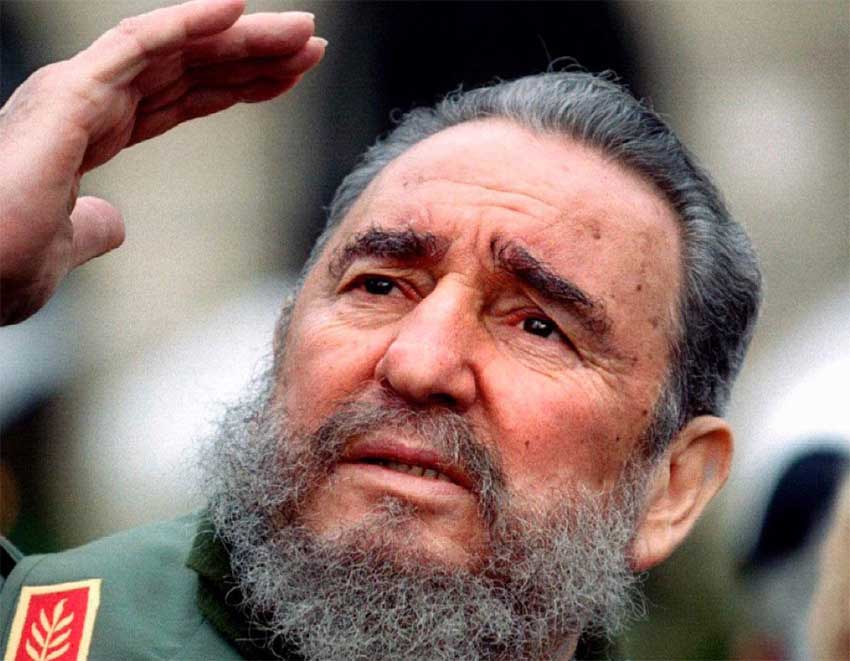 “The killing of the head of Iran’s Revolutionary Guard while on a visit to Iraq alleging he was ‘planning to kill thousands of Americans’ without a single shred of evidence reminds of the charge that Saddam Hussein was in possession of ‘Weapons of Mass Destruction’ that never were, to justify the US invasion of Iraq.”

SINCE Fidel Castro died in 2016, the world has often had to reflect on his several memorable prophecies. Indeed, the 21st Century has seen come to pass some legendary predictions attributed to the legendary leader, whether by fact or fiction, or just pure homeland folk lore.

One has it that after the US broke diplomatic ties with Cuba in 1961, Che Guevara asked Fidel when he felt ties would be re-established, to which Fidel replied: ‘When a Black man becomes President of the USA.’

President Barack Obama did re-establish diplomatic ties with Cuba under President Raul Castro in 2015. But the costly and punishing US embargo has remained in place through succeeding administrations, depriving Cuba of billions of dollars and millions of Cubans of accruable benefits.

Fidel was also proven true to his word on a long-held, unflinching position, maintained without compromise throughout his leadership of Cuba’s ship of state: No talks with the US on restoring diplomatic ties until and unless the embargo (imposed back in 1962) is lifted.

He held that while one US president might be friendly (as Obama was), any other could undo whatever symbolic acts that had been taken place before, whenever politically convenient.

Fidel lived to see Obama become the first US President to set foot on Revolutionary Cuba’s soil after opening the gates for greater tourism flows from the USA, loosening tight controls on currency and communications flows between Cuban families across the Florida Strait and generally adopting a more accommodating approach to Havana.

The US flag and other symbols of the ‘star-spangled banner’ were once again being flown and worn publicly in Cuba during Obama’s eight years, when American tourists roamed Havana’s streets and packed Cuba’s hotels like never before.

But with just a few strokes of a pen, President Donald Trump has, in three years and nine months at the White House, affixed his oversized signature to many new Executive Orders that have helped further strangle the Cuban economy and people.

It is perhaps as a result of this fact that Iran has up to this today also insisted – for over 40 years — it will not discuss restoration of diplomatic ties with the USA until and unless all sanctions are lifted.

It was clear after Christmas that 2020 would open with Iran insisting no talks with Washington until all the sanctions had been lifted, which by then were biting so very hard that Tehran had nothing more to lose.

The USA did everything in 2019 to justify Tehran’s mistrust – pulled out of the JCPOA nuclear deal, wrecked European Union (EU) efforts to negotiate a non-aggression agreement, deployed more US troops, war ships and missiles to the region, unleashed multiple added sanctions and invaded Iranian air space, resulting in an American drone being shot down.

Throughout 2019, President Trump and his top war hawks engaged in all sorts of diplomatic doublespeak to suggest the US did not want war with Iran, while doing everything in preparation for war.

The killing of the head of Iran’s Revolutionary Guard while on a visit to Iraq alleging he was ‘planning to kill thousands of Americans’ without a single shred of evidence reminds of the charge that Saddam Hussein was in possession of ‘Weapons of Mass Destruction’ that never were, to justify the US invasion of Iraq.

President Trump says he’s identified 52 sites in Iran for destruction if Tehran dares respond to the assassination of its general – just like when the Pentagon printed 52 cards after invading Iraq, identifying Saddam Hussein and 51 other top Iraqi officials as being wanted, dead or alive.

President Trump says he’s also willing to destroy ‘cultural sites’ (that include over 20 UN-designated national heritage sites) and many other sacred religious sites across the country of the type destroyed by the Taliban in Afghanistan.

Clearly, by Castro’s measure, this is not someone Tehran’s leaders would have trusted outside of lifting of all the political, economic, diplomatic and other sanctions imposed on the country and its leaders over the past four decades, which multiplied several times over in 2019 in the Gulf region and on the international stage, especially aimed at crippling Iran’s oil exports.

Cuba has survived the US blockade, embargo and multiple sanctions for six decades; and at this stage talks with Washington, though being advocated by friends and foes alike in the region and the rest of the world, is the last thing on Tehran’s mind.

After all, without diplomatic ties, what’s there to talk about when one side has declared a war — and is also threatening to impose even worse sanctions against Iraq if it dares implement its parliament’s decision to expel US troops from the country after the fatal air strike that violated its sovereignty, killed top Iranians and Iraqi generals and put Baghdad at the center of the raging and escalating conflict between Washington and Tehran.

Castro didn’t live to see this aspect of Cuba’s foreign policy (of no talks with the US while sanctions in place) play out to have been seen as well-founded, but Iran’s successive Spiritual Leaders and governments feel they have been proven right – and this time not based on fiction or folklore about Fidel, but by the facts.

Castro never meant for his policy to be automatically adopted elsewhere, which is why Venezuela’s President Nicolas Maduro continues to say Caracas is willing to enter into more than just backdoor talks with the Trump Administration.

But while saying it doesn’t want war with Venezuela, Washington backed a failed military coup against Maduro in 2019, while the over 150 US sanctions imposed against Caracas since January 2017 continue to bite, harm and hurt the same Venezuelans he claims he’s punishing Maduro for – and by the millions – while the White House continues to support the increasingly unpopular ex-opposition leader Juan Guaido.

Fidel was no Ayatollah, but his words rang loud in Iran!