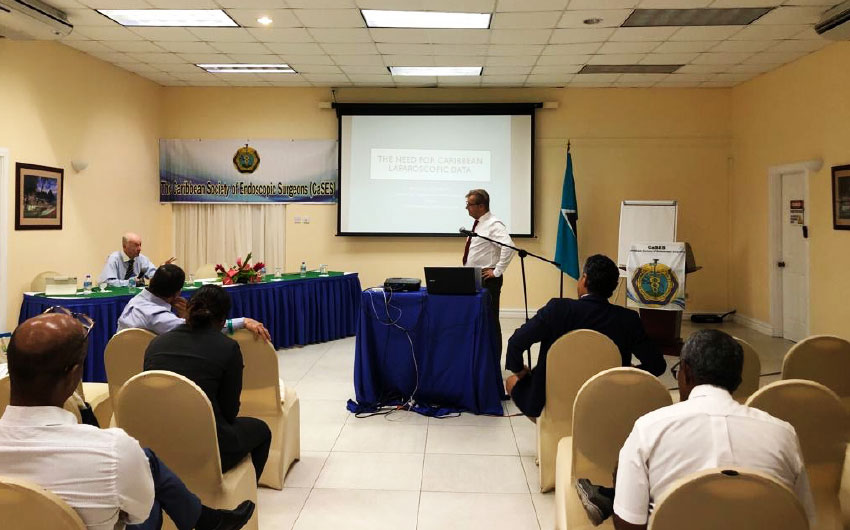 THE Caribbean Association of Endoscopic Surgeons (CaSES) in conjunction with the St Lucian Medical and Dental Association (SLMDA) hosted its annual conference on September 27th and 28th, 2019 in St Lucia. The conference focused on laparoscopic and endoscopic surgery currently being practiced throughout the Caribbean including the Dutch, French, Spanish and English speaking islands. It featured both didactic and live demonstrations from local, regional and international laparoscopic surgical experts. A pre-conference live surgery took place on Thursday the 26th of September at St Jude Hospital. The didactic sessions were held at the Bay Gardens Hotel in Rodney Bay.

Minimally invasive surgery is the growing concept of doing surgery through small incisions which is extremely advantageous to patients and doctors alike.

The conference was a great success with participants coming from 14 different countries including the Caribbean, USA and Europe. Four language groups were represented and there were over 40 attendees. Participants were able to perform five surgeries, four of which, were complex and would not normally be performed in St Lucia.

Minimally invasive or keyhole surgery is very technology driven and a particular focus is required to make it affordable for the Caribbean region.

Training and safety is very important and this is one of CaSES’ areas of interest.