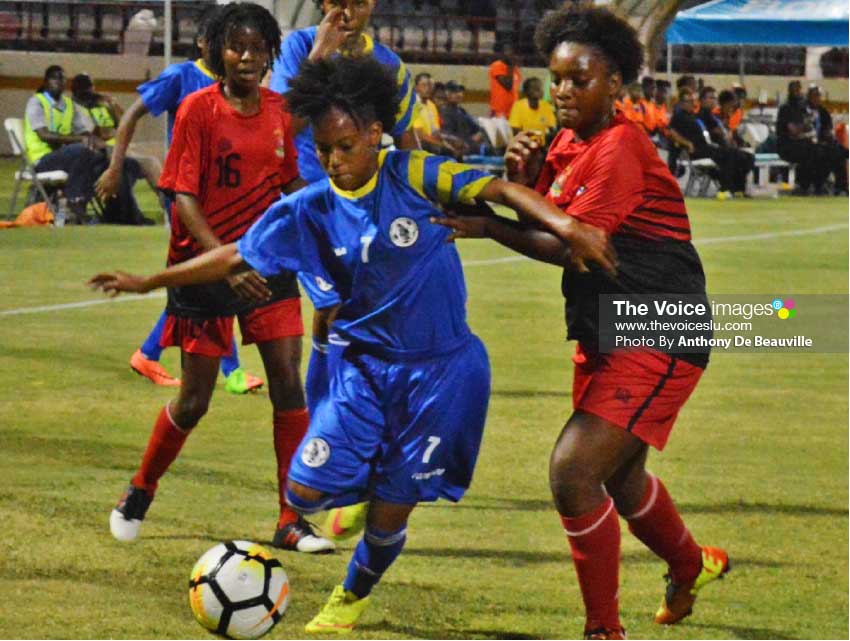 A nineteen member squad accompanied by six officials left Saint Lucia yesterday (Friday September 27th) for Jamaica where they will compete in the women’s 2020 CONCACAF Olympic qualifier. Saint Lucia has been drawn in Group B along with Barbados, the US Virgin Islands, Cuba and host nation Jamaica.

The 2020 CONCACAF Women’s Olympic Qualifying Championship will be the 5th edition of Tournament. The international football tournament is organised by CONCACAF to determine which women’s national teams from the North, Central American and Caribbean region qualify for the Olympic football tournament.

The top two teams will qualify for the 2020 Summer Olympics women’s football tournament in Tokyo, Japan as the CONCACAF representatives.

Saint Lucia will kick off its campaign against Jamaica on Monday 30th September at the Jamaica National Stadium.

Saint Lucia’s second game is against the US Virgin Islands on Wednesday 2nd October following which they take on the host nation Barbados on Sunday 6th and finally Cuba on Tuesday 8th.

Saint Lucia is expected to depend heavily on Under 17 captain Krysan St Louis wearing the No.7 jersey. St Louis made life difficult for her opponents in the defence when she represented Saint Lucia in the CONCACAF Under 17 tournament in Guyana where she scored 5 goals including a hat trick. In the Under 20 tournament held in Honduras she went on to score a further 8 goals, 6 of them against Bonaire.

“After a few weeks of preparation there is a level of readiness among the team; we are well aware of the challenges of that competition especially having been placed in the same group like teams from Cuba and Jamaica, however, our aim is not to get there to participate but to compete,” said Assistant Coach Emmanuel Belasse about his expectations for the team in Jamaica.

He added, “Football is played on the day so anything can happen, therefore our responsibility is to ensure we keep our focus, concentrate on the task, play to the best of our ability and give at least 100% in every game and let’s hope what happens at the end of the day there will be a level of satisfaction with the way our ladies have gone out there to perform.”