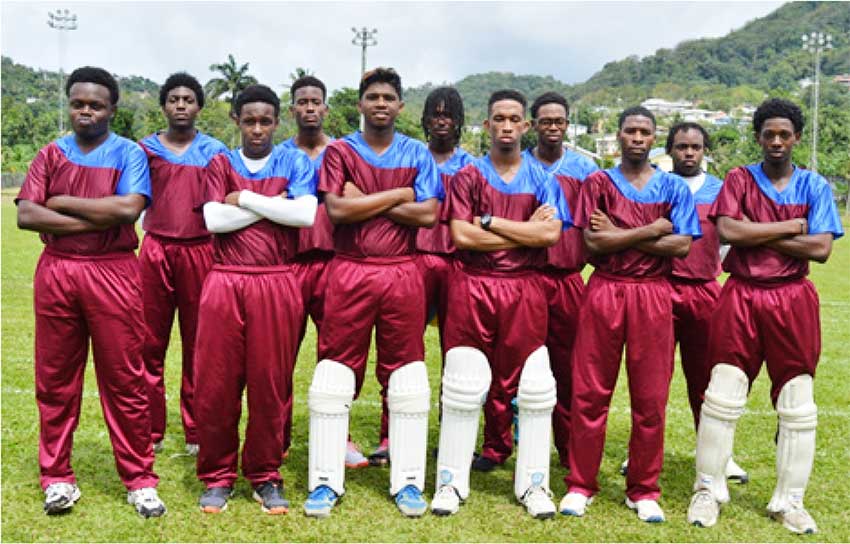 It is reported that Chaz suffered serious head injuries.

News filtered through social media, leaving many of his cricketing friends in tears.

He was a former student of the Seventh Day Academy, and the Sir Arthur Lewis Community College.

At SALCC he studied Environmental Science and Applied Math.

The VOICE spoke to Alton Crafton who coached Chaz in his earlier years who said, “He was a pleasure to coach, he had a lovely temperament and was a really nice individual.”

Crafton said, “He made his Under 15 debut in 2014; Windward Island Under 15 in 2015 and Windward Islands Under 17 that same year. He was a right hand opening batsman and right arm off spinner; Chaz is well known for his metal strength.”

Crafton remembered one of his innings in the West Indies Under 15 tournament, Windward Islands versus Guyana. According to him, “That was one of the most dogged innings that I have seen. He blocked every ball that came to him, pace or spin”.

The VOICE also spoke to West Indies Under 19 opening batsman Kimani Melius who captained Chaz at the national and Windward Islands level in 2014. Melius who also shared some memorable moments with Chaz expressed, “Chaz and I had some great cricketing memories; the most memorable one was the 137 run partnership versus Dominica, while batting Chaz complemented me very well rotating the strike and releasing the pressure off me”.

Off the field, he said Chaz was a very jovial and exuberant individual.

“He was a total team player who also helped me to make decisions in the Windward Islands Tournament where we won right here in Saint Lucia.”

Melius added, “Chaz was a very good all-rounder. I can recall a match against the Leeward Islands where we needed two more wickets to win and Leewards was missing one run. I gave Chaz the ball and he won the game for us”.

He continued, “Chaz encouraged me throughout my career especially at the Cricket West Indies (CWI) Under 19 tournament and the 2018 World Cup in New Zealand. He enjoyed his teammate’s success and was a very supportive individual.”

Melius said, “Chaz Cepal has left a mark on the game that needs no embellishment.

Tyrone Harris, Manager for the Central Castries cricket team, also spoke to the VOICE and this is what he had to say: “Chaz was an extremely talented young cricketer, full of life and vigour. If you only met him for two minutes of your life you would have known him all your life. Such was his infectious personality both on and off the playing field.”
He went on, “His own field jovial banter with match umpires especially Delbert ‘Del’ Martial was something to behold. He always shared his views yet was never rude. He was always a total team player whether or not he was in the playing eleven. He was always the engine of the dressing room – quick witted with a smile that was broad as the universe”.

He loved cricket and he gave it his all, often times rescuing the team from precarious game situations. As his Central Castries team manager it was certainly a pleasure knowing and working with this very special young man.”

His teammates will surely miss him dearly. He has definitely left his imprint on the hearts of many. Central Castries and Saint Lucia have lost a gem of a young man. Though many hearts are broken, comfort lies in knowing that he lived well and happy no matter the trials.

Chaz also played a bit of football; in fact he represented Lancers FC in the Castries Football League Under 23 competition and also in the National Under 23 Tournament.