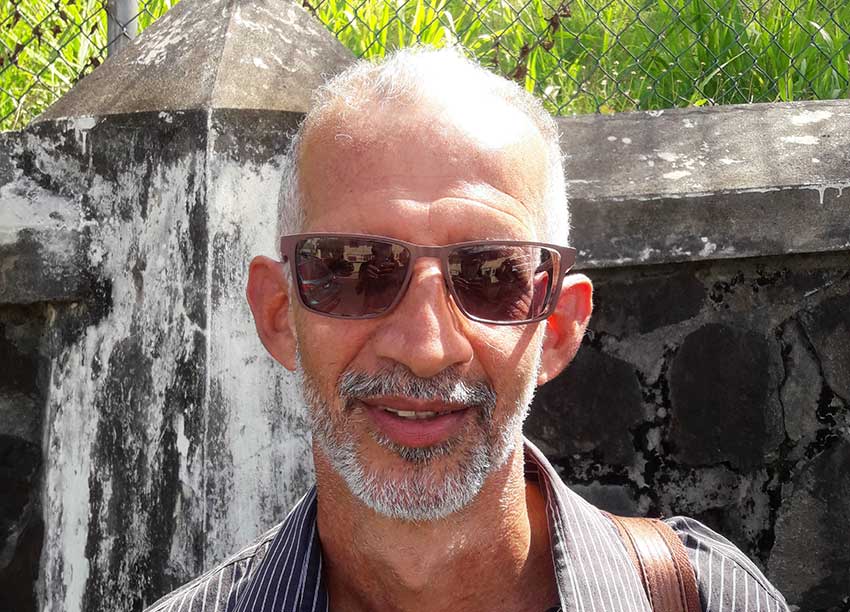 RISE (Saint Lucia) Director Dr. Stephen King, continues to express his concerns on the issues of suicide and mental health care in Saint Lucia. He met with reporters on the morning of Friday, September 6th to share his views on these matters. “The issue of suicide is a serious problem in all societies especially ours,” King began. He said that suicide was fuelled by elements such as depression, anxiety, substance use and abuse and mental disorders. So far this year there have been four confirmed cases of suicide and one suspected suicide in Saint Lucia.

According to King, “People need to take this seriously. If you have a family member that you’ve noticed a change in their mood; a change in their behaviour; they’re appearing more withdrawn; they’re maybe beginning to abuse substances a little bit more; not engaging as they did before… that’s a sign. If they begin to tell you that they can escape or get out of this, be careful because when they are very depressed their ‘get-out’ is often thinking about suicide.” King said it was important to spread awareness on the signs of suicidal tendencies. He said that people should listen, ask the relevant questions and engage persons who are thinking of suicide with the aim of getting them the required help. The RISE representative noted that approximately 90 persons have been trained in a Suicide Awareness Talk and that he is looking forward to training many more. The training program is called ‘Safe Talk’.

Dr. King said that it was time to reinvest in the Community Mental Health teams which were discontinued approximately nine years ago. These teams were partly responsible for assisting the police in dealing with mentally disturbed patients who had breakdowns. “I think it’s time to reinvest in the community mental health… It’s done with families, it’s done with the patients, and it’s done with the communities and the professionals. –And it’s a multi-disciplinary professional team, so you have the nurses; you have the psychologists; you have the psychiatrists; you have the social workers, so that you can have a holistic response to mental health and mental disease in communities.”

Dr. King also spoke about the Mental Hospitals Act which he said was drafted in 1895 and last revised in 1956. Dr. King referred to the act as archaic, stating, “It’s no longer relevant to a modern mental health system.” He said that Saint Lucia was in need of modern mental health legislation. In regards to the Mental Hospitals Act he further stressed, “It’s no longer relevant and appropriate, we need to bring in the new act which supports community mental health, which supports the rights of people with mental health and protects their vulnerabilities. So that is what we really need to put in place.”

RISE’s Director shared that a mental health policy was drafted in 2007 as part of the mental health strategic plan. It was drafted with the participation of the Ministry of Health and the then Director of Health, Jennifer Joseph. He noted it was time to implement the documents which were then prepared, adding, “That Act is in Government between the Ministry of Health and the AG’s Chambers, so it would not be a difficult thing to implement. It just takes political will to do it.”