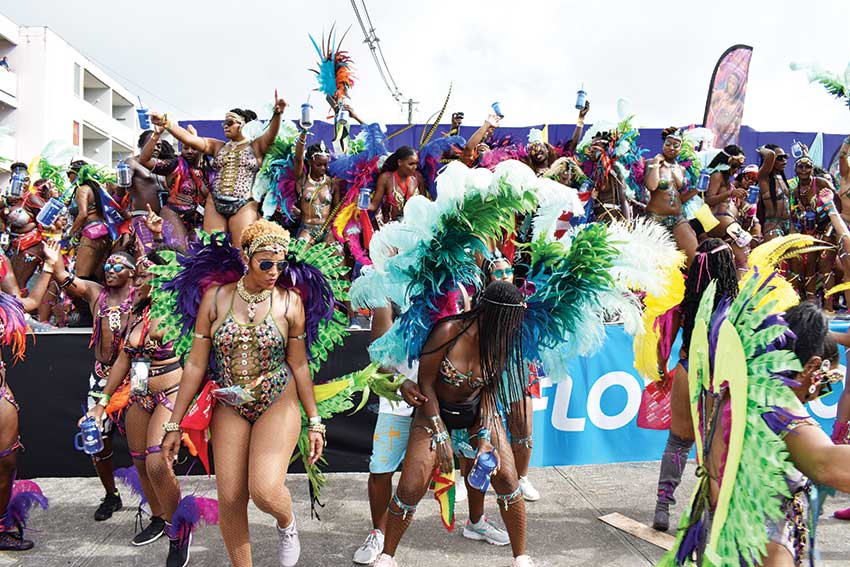 As I played my usual ‘Ole Mas’ on J’Ouvert morning in Castries during carnival 2019 (as I have been doing for the last four decades), it suddenly dawned on me that we the original players of this particular Carnival art form are quickly becoming  a dying breed.

It was all the same  faces and our numbers  had  become  fewer and the  humor,  drama and satire  that  once existed are slowly  becoming  things  of  the  past.

I also  went  to  the  Calypso  Finals and the  crowd  was  dismal, as  the Now Generation had chosen to ignore that other traditional aspect of the lead-up to Carnival, instead deciding to throw their full support and money behind the more expensive Big Party  events. They  showed  scant  regard for  that  aspect  of  creativity,  where wit and the  play  of  words provided  entertaining  creativity.

There was also a faint presence of steel pan on the road, but largely ignored by most  of the  revelers.  The new mode on the road embraced skimpy costuming and sex-related jesters.

So, as things  stand in our carnival, the old is now replaced  by the  new —  and regardless  how we try  to  preserve  or retain  our cultural values and traditions,  there  is  a new  wave of culture  that  has appeared to be  the norm  and what  the  people  of this  new  age embrace.

Sadly enough,  we  are like everybody else: nothing unique or different, just  playing for the world and all visiting locals or total strangers simply have to all go  with  the  flow, as  even  our leaders  embrace  this new  style  of  bacchanal.

So, it seems, I now have to say bye-bye to tradition and originality and embrace the new spirit of ‘give  the  people  what  they  want’  because  we have  to  ‘go with the flow  or lose out on the  tourist  dollar’.

So, I am also forced to regret to say ‘Good luck!’ to all the people and planners who choose to break ties with our traditional cultural values for ‘just a few dollars more’ and world trends embraced with nude and callous behavior.