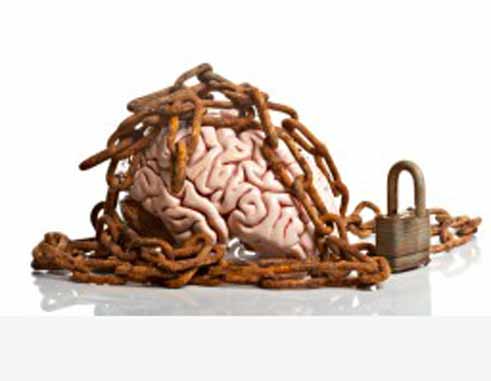 Thursday will mark the 185th Anniversary of Emancipation – the process that followed Britain’s legal Abolition of Slavery — and Saint Lucia will join the rest of the Caribbean in observing the annual holiday in different ways. But what exactly is being observed or celebrated?

Emancipation Day (on August 1st, 1834) was supposed to have marked the freedom of slaves from their bondage, but ended-up being the first day of a long-delayed process that eventually saw the chains removed from the feet and necks of the slaves and place on their stomachs and pockets, even their minds.

The colonial state colluded with the planter class to ensure that Emancipation did not rob the slave-masters of their continuing access to free slave labor. They prepared laws for the post-Emancipation period that would require the supposedly freed ‘ex-slaves’ to continue to provide at least ten hours of work per day, never leave the plantation they slaved on before ‘freedom’ and only have access to a small enough plot of land to plant a kitchen garden. New ‘Vagrancy Laws’ were also passed to limit gatherings of and places where they could congregate, while new police officers and magistrates were appointed to effect the new laws to ensure the new prisons built remained ever-filled.

Under such conditions, the ex-slaves continued living in servitude for decades after Abolition, as the colonial state had ensured that the now-fully-freed but still-dirt-poor former slaves never got access to land or opportunities to develop independent of reliance on the plantations and former owners.

Emancipation, therefore, while correctly criticized by some as an inadequate measure, was also an important forward step in the continuing process of resistance and eventual growing opposition to Slavery in Britain, which started when the first set of slaves were captured and shipped against their will to the islands.

The hardships suffered by the sons and daughters of ex-slaves across the British West Indies led to continuing resistance in Britain, the islands and other colonial territories, as well as direct complaints to the royal subjects.

One of the leading complainants to Buckingham Palace was a little-known but greatly-influential Saint Lucian, Edward John Quinlan, who not only organized a petition to Queen Victoria in 1888 on the 50th anniversary of the abolition of slavery, but also appeared before the West India Royal Commission in 1897 – on both occasions of behalf of Britain’s ‘African subjects’ in Saint Lucia, as well as the colonial territories and in Britain itself.

Registered in the 1901 St. Lucia Handbook as ‘a Land Surveyor’ from La Clery in Castries, he was also registered in London, where he lived, as practicing in both Saint Lucia and Saint Vincent.

Quinlan’s activism is recorded in the Colonial Office files of 1900 as addressing ‘meetings in Leeds and Bradford’ about ‘the need to resuscitate the Sugar Industry in Saint Lucia’; and the Anti-Slavery Reporter of March-May 1903 also reported on ‘his presence at meetings in reference to forced labour.’

A leading member of the Pan African Conference, he was reported as ‘a vociferous speaker’ at its conference held in London, where the following was publicized from his contribution:

J.E. Quinlan of Saint Lucia (a surveyor) reminded the conference that “sixty years ago, the Negroes of the West Indies were “freed” – that is to say, cast without a penny and without a house, among hostile people and with no compensation for centuries of enforced labour. Why were the black men not given land on which to earn a living out of the Crown Lands, or sent back to their native Africa? Why were they left starving, houseless and helpless, at the mercy of their former owners? In spite of all, they had worked peacefully and made a subsistence for themselves and procured education for their children…”

Quinlan continued: “To this day, the antagonism of the whites continues and it is hardly comprehensive how the men who, in this country [Britain], seemed almost saints, became devils in their treatment of blacks when they are out there. Complaints to the Colonial Office are of no avail: the officials concerned made secret replies and the black people never even knew on what grounds their petitions were refused.”

On behalf of “the 6,000 peasants who occupy a very fair portion of the 150,000 acres that compose this fertile island”, Quinlan petitioned the Colonial Office to activate the Land Loan Ordinance and encourage the Imperial government “to supply the funds necessary to make loans to the peasant proprietors here [in Saint Lucia]”.

Quinlan, in stout defense of the peasants and other freed ex-slaves who formed the largely unemployed majority on the island at the time, said in another Memorandum to the Colonial Office outlining reasons why the peasants on this island could be trusted to pay-back on their loans: “…the peasants of Saint Lucia are the only set of planters to whom it would be safe to make loans; they can work with their own hands and the small plots of land they offer as security are unencumbered. They are united. One willingly helps the other; they work for each other under a system called ‘coup de main’ or help for which no money is paid. These peasants were formerly labourers on sugar estates who, under the ‘metayer’ system, purchased these plots with the proceeds of their share of sugar. They first started leaving the island for Panama because the estate owners could not could not fulfil their conditions, and the price of sugar fell. Some of those who could not return were repatriated in 1889; the greater number was left in Panama.”

Making a special case for Saint Lucians at home and in Cayenne (French Guiana) when he appeared before Queen Victoria’s 1897 Royal Commission, Quinlan recommended that “…the Imperial government ought to make a loan of 200,000 Pounds Sterling in Saint Lucia, not to bear interest until after ten years – then to bear one-and-a-half percent interest, and three percent for a Sinking Fund…”

Quinlan was also an astrologer, having written a book entitled ‘The Earth a Plane’ tabling his contribution to the raging argument at the time over whether the earth was round or flat.

Despite all the above, very little is known of him at home today, even though his works have become the subjects of research by the Institute of Commonwealth Studies (ICS) and other UK-based universities and institutions of learning.

The CARICOM Reparations Commission (CRC) has called on the region’s governments to engage in a renaming project that would rename important places and appropriate structures honouring colonial overlords who contributed to Slavery and the oppression that followed Abolition and Emancipation, to now honour national and regional heroes who contributed to the struggles against Slavery and for Freedom and Independence in the Caribbean.

Such a proposal is to be considered by the Saint Lucia Cabinet of Ministers and the name of John Edward Quinlan should be among those topping the list. But there are many, many more unsung heroes Saint Lucians still need to learn more about, including Captain Jean Baptiste Bideau of Desruisseaux in Micoud, who fought alongside Simon Bolivar for the Independence of Venezuela and became Governor of Eastern Venezuela before dying in battle defending the country in 1817 – and whose bones 200 years later were exhumed and relocated in the country’s national heroes cemetery.

Yes, like Bob Marley hinted, we have a lot to learn to ‘Emancipate ourselves from mental slavery’, but ‘none but ourselves can free our minds…’