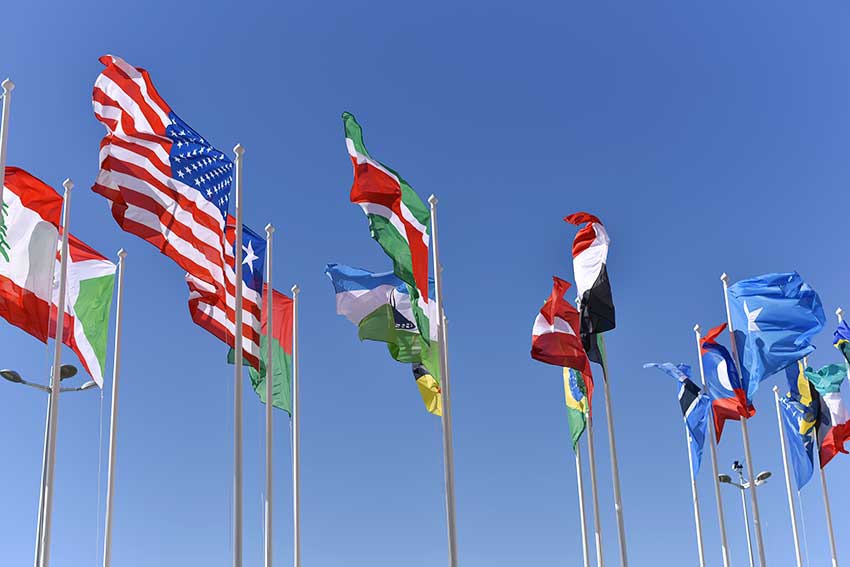 Diplomacy can be unfair. Venezuela, Syria, North Korea – when as many crises flare up around the globe as is currently the case, they garner nearly undivided attention. Consequently, investment in long standing partnerships and expansion of alliances is given short shrift.

But that is risky. In an increasingly confusing world, we need strong partners. The world order’s clear cut rules and certainties are increasingly being challenged in the public square, also by new actors. Our liberal democracy is being called into question by authoritarian models. China and Russia are merely the most visible of these actors. Protectionism poses a threat to global trade. People throughout the world are flocking to those who propose isolating oneself and building walls.

This is the populists’ paradox. Because globalisation, digitisation, migration and climate change know no boundaries. The mere notion that global challenges can be shut out, or solved exclusively at the national level, is dangerously naive.

For us in Latin America, the Caribbean and Europe, the stakes are high. In a world in which the law of the strong supplants the strength of the law, we can only lose. We are not military superpowers. We cannot, nor do we desire to, impose our rules on others. If we want a seat at the table and wish to prevent others from reaching decisions without consulting us, then we must close ranks.

We are separated by the Atlantic. Yet we share similar values and interests, and we have close cultural ties. We live in the most democratic regions of the world. We believe in international rules that create legal certainty and promote economic growth and prosperity. We believe in international cooperation, because our countries benefit from exchange and openness – based on the principle that, together, we are stronger than each of us can be on our own.  In a nutshell, our countries are natural allies.

St. Lucia is an important partner for us in the Latin American and Caribbean region. We are proud of our traditionally good relations, our partnership of equals and our efforts to uphold the values that we share. In the sphere of climate change and sustainable forestry, our countries are jointly engaged in programmes of the Caribbean Community (CARICOM), with each of us benefiting from the other partner’s experience.

Germany wants to build on this with a new Latin America and Caribbean initiative. It will be launched at a conference in Berlin on 28 May, to which I have invited my Latin American and Caribbean colleagues. Together, we will hold discussions and recalibrate our partnership. And we will not be on our own – experts on foreign and security policy, the rule of law, climate issues and cooperation in science and research will provide us with valuable advice.

We offer our partners a positive trade agenda. Latin America, the Caribbean and Europe must not become collateral damage in the trade dispute between the United States and China. As Europeans, we believe in fair trade that respects social and environmental standards and protects the rights of workers. We have successfully put this into action through trade agreements with Chile and Mexico, the multiparty agreements with Peru, Colombia and Ecuador, as well as the association agreement with the Central America region. A free trade agreement with MERCOSUR countries would be a further important step. It would send a signal that we are shaping the global trade system in line with our values, because we believe that it should serve our citizens – and not the other way around.

People in our countries rightly expect us to make sure that globalisation and the digital revolution are just and humane. In future, if our only choice is between a US or a Chinese technosphere, we will have failed in our mission to steer these developments. That is why one part of our initiative is a Future Forum in Berlin, at which we will consult with our Latin American and Caribbean friends and look for answers to urgent questions, such as: What impact will the digital revolution have on our security and the international balance of power? How can our democracies build resilience to disinformation in cyberspace? How we answer these questions will determine whether our open societies can stand their ground against authoritarianism.

A key pillar of our initiative is strengthening the rights of women. We all support equal rights and opportunities for women and men. After all, we know that without equality there can be no democracy. Yet we must also recognise that the fight against unequal treatment, discrimination and sexual violence is far from over. With the German Latin American Women’s Network, we want to connect everyone who is fighting for equal opportunity for women and men, and in the process strengthen our societies.

Precisely 250 years ago, Alexander von Humboldt, the great traveller and explorer of the Americas, was born. He once mused about a global government – without which, he maintained, the world’s history would not make sense. I think Humboldt’s musings will remain a utopian dream. Rather, it is up to us to pursue our common values and interests on a global scale – and together, we have the strength to do this. With a total of 61 nations, the EU and the countries of Latin America and the Caribbean represent nearly one third of all United Nations member states. We are nearly one billion women and men, and we generate 40 percent of the world’s gross national product. The time has come to harness our joint potential.