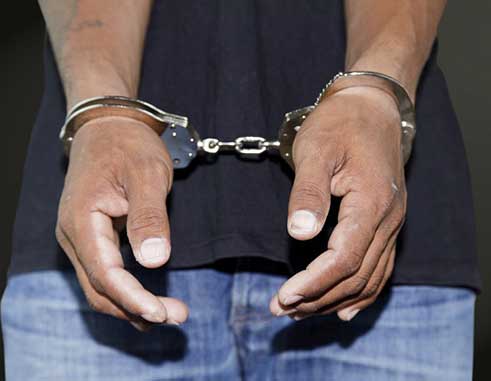 The Caribbean Court of Justice (CCJ) has dismissed the appeal in the matter of Renaldo Anderson Alleyne v The Queen, and recommended that Mr. Alleyne serves at least twenty-five years under the six concurrent life sentences he received in 2012. This is the first time where a recommendation is being made as to the minimum length of time a prisoner serving a life sentence in Barbados should remain incarcerated before being eligible for release.

In September 2010, Mr. Alleyne, along with an accomplice, robbed the Campus Trendz Clothing Boutique in St. Michael in Barbados. Mr. Alleyne threw two Molotov cocktails into the store which caused a serious fire. Six young women, who had hidden in the store during the robbery, died as a result of smoke inhalation.

Mr. Alleyne admitted his participation in the robbery and gave a self-written statement to the police. He was charged with six counts of murder but in June 2011, he pleaded guilty to six counts of manslaughter which was accepted by the Director of Public Prosecution.

On 15 August 2012, the trial judge, Her Ladyship Mme. Justice Elneth Kentish, sentenced Mr Alleyne to six concurrent life sentences. The judge considered aggravating factors, like the reckless and callous manner in which the robbery was carried out; and mitigating ones, such as Mr. Alleyne’s early guilty plea and his cooperation with the police. The Court of Appeal affirmed these sentences and Mr. Alleyne appealed to the CCJ.

Shortly after the CCJ heard the appeal on 5 December 2018 it came to the Court’s attention that Mr. Alleyne may have been involved in another matter of a similar nature. The Court convened a hearing on 10 January 2019 at which the lawyers on both sides confirmed that Mr. Alleyne had indeed been involved in the robbery and firebombing of the Chicken Galore building, less than one month before the Campus Trendz incident.

The Court was satisfied that as the Appellant’s guilty plea in the Chicken Galore incident was not finalised until 2013, it was not relevant at the time of his sentencing for the Campus Trendz matter in 2012. However, based on legislative authority, the CCJ considered that it could take this information into account.

The Court was satisfied that the trial judge had considered all the relevant aggravating and mitigating factors and statutory provisions in imposing the life sentences. Further, the actions of Mr. Alleyne, in two incidents of a similar nature, revealed a callous and reckless disregard for human life that must attract stern condemnation from the judiciary. The CCJ considered in its judgment that “in discharging its judicial function to fashion an appropriate sentence” when imposing a life sentence the court “not only has the authority but, we venture to say, the responsibility to recommend the tariff or minimum period of sentence to be served for purposes of deterrence and punishment.” Accordingly, the Court recommended that Mr. Alleyne serve at least twenty-five years before eligible for consideration for release.

CCJ President, the Hon. Mr. Justice Adrian Saunders, in a concurring judgment, stated that Mr. Alleyne’s crime “was a serious one deserving of a stiff sentence”. The Hon. Mr. Justice Denys Barrow, who also concurred, expressed that sentences should reflect the principles of retribution and deterrence, and the court’s position was strengthened by a recognition of the importance of the society’s sense of justice.

The judgment of the Court was delivered by the Hon. Mr. Justice Winston Anderson. The other members of the Bench were the Hon. Mr. Justice David Hayton and the Hon. Mme. Justice Maureen Rajnauth-Lee. Mr. Arthur E. Holder, Ms. Shadia Simpson, Ms. Adonica Spence and Ms. Danielle Mottley appeared for Mr. Alleyne, while the Crown was represented by Mr. Anthony L. Blackman and Ms. Olivia M. Davis. The full judgment of the Court, and a judgment summary, are available at www.ccj.org.