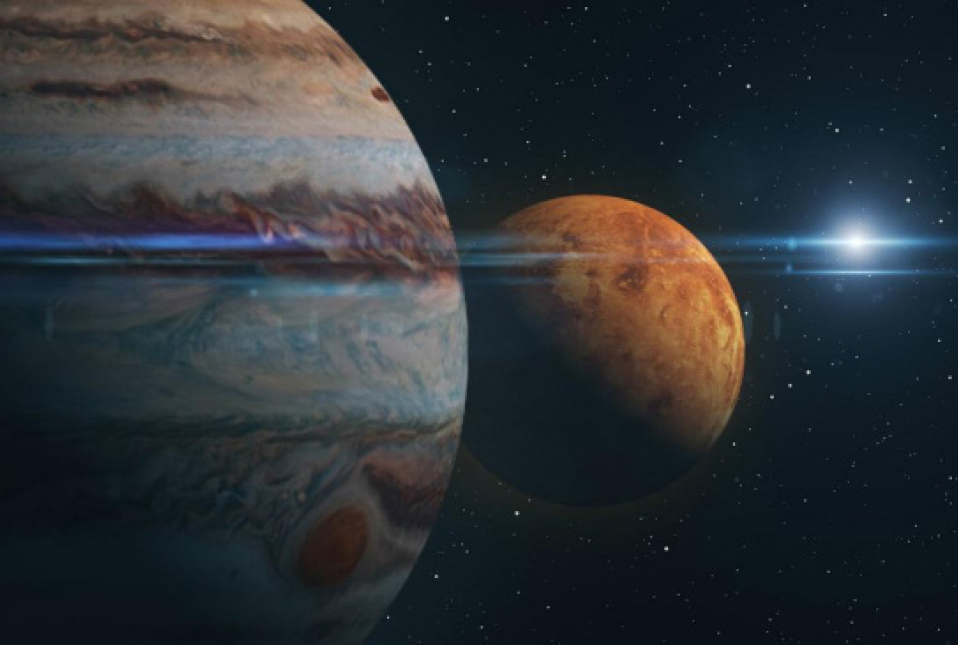 The nagging persistence of writing often takes one to realms previously unexplored. In this case, it is that of science and religion. As if relates to most things, there are questions. Questions that revolve around the subtle and intricate ways science and religion correspond – like the way both understand that we here on Earth are a part of something much greater, with sights to see only as far as our vantage or perspective permits.

Easter, a divinely appointed time of resurrection, seems an opportune time to pose these questions: Why are science and religion so frequently at odds? Aren’t the order of existence and the historical and scientific evidence uncovered over centuries enough to convince all parties that they are one of the same, and support, rather than debunk the truth of the other? I wonder too whether the subtle nature of God often spoken about in religious circles serves as a detriment in establishing a true connection between the two as science often tends to dig deeply into research and investigations to get answers about the way of things… answers to questions that have perhaps already been answered by nature, the universe, and even the bible.

In the past, contemplations of this sort kept me up many nights and on days when I was able to get a solid sleep, my mind would take off about its own business. A dream I jotted down in a journal stands out in this context:

Two visions, each very much unlike any other dream I have ever had. In the first, I beheld the globe from an aerial perspective, the contours of the Earth shining brilliantly in luminescent shades of gold. Biblical streets of gold, I wondered, transfixed by the heavenly, multidimensional illusion before me.

I woke up the next morning with a deep sense of appreciation for the beauty I beheld in my sleep still not sure of exactly what I had seen. I dismissed it as just another dream, but a couple days later my mind led me once again to this strange new realm:

Floating boundlessly through the magnificence of the universe, I experienced what I imagined to be the end of things as the human eye could see, and the beginnings of what would be. I was filled with light, love, joy, and the reassurance that all things would come together and be well. What stood out most was the simplicity of it all, as my existence seemed to merge with an endless sort of expansiveness that was absolute, and filled with pure bliss.

I woke up feeling more inspired than before though most of the vision remained ineffable. I spent days trying to bring it to life again in my mind, thankful for what seemed to me a glimpse into the greatest mystery that has surrounded God, religion, and science. The dream reminded me of another occasion when I’d woken up in the middle of the night in a dark house to the most curious rainbow-like light flashing against my bedroom wall. When finally I’d figured out that I was awake and not dreaming, I watched as the light moved away from my room and into the hallway. I jumped from my bed and followed this peculiar light as it travelled along the wall and then simply disappeared. I was more curious than afraid, and didn’t feel the weight of this unusual encounter until the next day.

Those visions, and my childhood experience had left me wanting to know more. Was there something otherworldly about this type of thing? Light that possessed capacity to fill a person with such wonder, as in my first experience… hope, love, and peace, simultaneously? Various concepts and explanations exist for this light at the core of the world’s religions. Pure white light, seen in a range of colours as recounted by numerous individuals, in just the way white light separates into a spectrum of colour when penetrating a prism. This white light, according to Patricia Pearson, author of the book Opening Heaven’s Door, “has likely driven religious conviction since the outset of human consciousness.”

Of the light commonly experienced at the height of numinous experiences and sometimes seen in near death encounters, Physician Yvonne Kason noted: “When you look at the essence of what people are going through, that essence is getting closer and closer to the same thing. So if you had your experience because you’re a mystic spending hours and hours in prayer, that is very similar to the yogi who is meditating, and the near death experiencer, and the dying person having a deathbed vision. To me, these are all glimpses of the same spiritual reality.”

By Wikipedia definition, in physics the term light sometimes refers to electromagnetic radiation of any wavelength, whether visible or not. Science has established that the colours we visualize are dependent on wavelengths. These wavelengths are only identified by the human brain as definitive colours after the energy of the visible light is able to travel to the photoreceptors in the retina of the eye. In the science of optics, visible light is most often limited to the range of 400-700 nanometres (nm), which leaves plenty of room for all the light we cannot see, i.e, light that is too weak to have any effect on the human rhodopsin, a biological pigment involved in visual phototransduction, or light that is too strong, and will potentially destroy the rhodopsin. Similarities exist again in spiritual context. The bible for example on more than one occasion describes God being the source of light. Reference can be found in 1 John 1:5 “This is the message we have heard from Him and announce to you, that God is Light, and in Him there is no darkness at all,” in Ezekiel 1:28 “As the appearance of the rainbow in the clouds on a rainy day, so was the appearance of the surrounding radiance Such was the appearance of the likeness of the glory of the LORD And when I saw it, I fell on my face and heard a voice speaking,” and readily in a range of other texts including the Quran: “Allah is the light of the heavens and the earth.”

The radiance of God is described in biblical text as being too strong to be observed, or to be seen. Exodus 30:20 reads: “And he said, Thou canst not see my face: for there shall no man see me, and live.” These and other scriptures highlight an under established connection in science and religion that thrives through the characteristics and knowledge of light as a physical entity, with set limits attached to human observation whether on the basis of beholding a deity or creator, or reaching past established notions or understanding in the science surrounding optics.

When it comes to the observation of the universe as a whole, German-born theoretical physicist Albert Einstein said it best: “Nature only shows us the tail of the lion. But there is no doubt in my mind that the lion belongs with it even if he cannot reveal himself to the eye all at once because of his huge dimension. We see him only the way a louse sitting upon him would.”