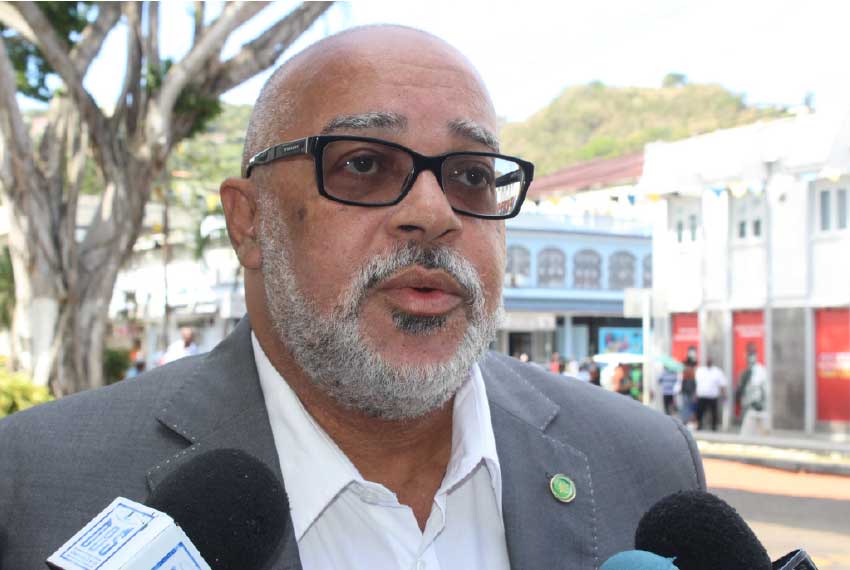 Sister islands of the Organization of Eastern Caribbean States (OECS) stand to benefit enormously by the French territories of Martinique and Guadeloupe attaining membership status. The French islands are Associate Members of the organization with Guadeloupe joining last month and Martinique about four years ago.

Director General of the OECS Commission Dr. Didacus Jules explained that the French territories’ membership status does not make them lesser members as compared to full-fledged members, however, he added that certain protocols debar the two French territories from being a party to particular activities and initiatives.

He mentioned the EC Currency as one aspect only independent member states can participate in seeing that Guadeloupe and Martinique are territories of France.

He noted that the functional collaboration spoken of has already been initiated by way of student exchange programmes, scholarships to universities in the French territories and other benefits to both the OECS and French territories.

“There are benefits from both sides and that’s the exciting thing,” he said. “For instance, Martinique is interested in getting fresh food products for their school feeding programme from the OECS including fish products. For us to export that to Martinique we need to meet the European standard. That’s a challenge, but it’s also an opportunity. If we meet these European standards it means then that the door to export to Europe opens for us.”

The OECS Commission Director General was at the time speaking to reporters on his way to the opening of parliament Tuesday.

Meanwhile, many people within the OECS sub-region view the accession of the two French territories as a momentous occasion in the life of the OECS.

OECS Chairman and Prime Minister of Saint Vincent and the Grenadines, Dr. Ralph Gonsalves, speaking on Guadeloupe’s accession to the OECS last month said such a move further deepens and broadens the regional integration of small Eastern Caribbean islands.

“Our geographical propinquity shared history of European colonialism, and the reality of our Caribbeanness — the essence of our Caribbean civilization — all pre-dispose us to a closer union in the interest of our people’s humanization,” said Prime Minister Gonsalves.

“The enlargement of the OECS, with the accession of Guadeloupe to associate membership, opens up tremendous possibilities not merely to survive but to thrive more markedly across the arenas of economy, society, culture, and polity,” he added