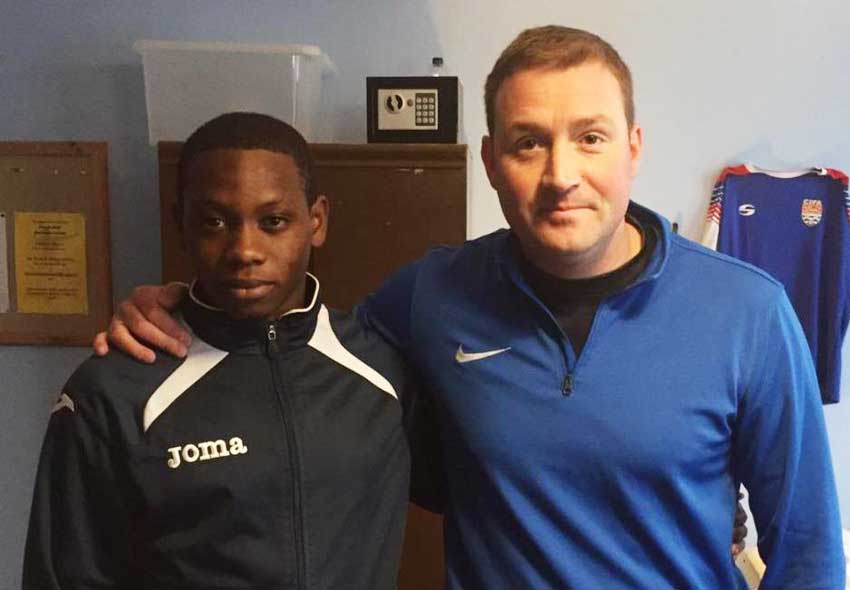 Tyrece is the product of a well-known club in the Gros Islet Football League, GMC United. He started his playing career at the age of eight under the guidance of then head coach, Gary St. Rose. St. Rose was rather impressed with his development hence brought him Trinidad and Tobago to train with semi pro club W Connection.

By the time Tyrece was 14 years old he cemented the midfield position as his, in all competitions for club, district or national. He quickly moved from the youth team to make the starting 11 for GMC United.

In 2017 he was named Youth Player of the Season and collected MVP award for helping his team win the Promotional League.

In that same year his club went on to win their first major title: The District Representative Cup, (The Spider Cup).

Through the efforts of his long time employer and mentor, Mitchell Ribot, and his coaches Daren Gaspard and Chris Monrose, he was able to benefit from a six-month scholarship at the home of Stars Football in the United Kingdom.

Stars Football is a full time international education and football academy based in the South of England. Their UEFA qualified coaches have experience working within professional football at both club and international level. They also offer a wide range of football services such as one to one sessions, short term programmes and football packages for groups, teams and parties. A levels and a BTEC sport award is also available. Players will live, train and relax right here on site and compete in competitions both domestically and internationally.

Tyrece was drafted by Daryl Willard, coach at Stars Football. Daryl has so much experience it is hard to know where to start.

If you know him then you will be aware of his easy nature and professionalism. He talks sense and is honest with both the boys and families expectations.