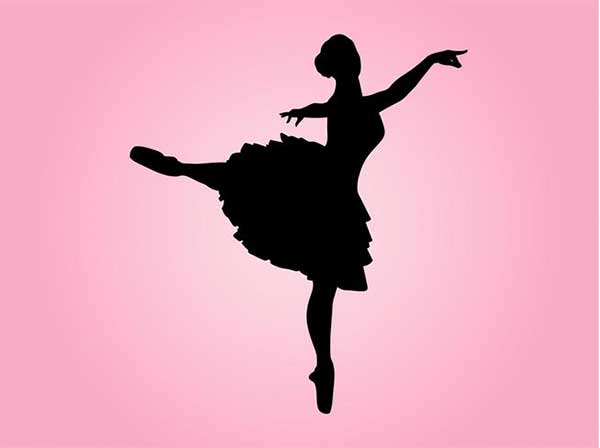 THE St. Lucia School of Ballet & Modern Dance opened its 40th anniversary celebrations with a remake of its first major production, “The Greatest Story Ever Told”.

The acclaimed 1992 production captured the imagination of its audience by uniquely and ingeniously giving artistic expression to the story of God’s love for the world.

It featured (then and now) dance and drama performances on the Creation of the Earth: the “Light”, “The Sea” and the “Flowers – La Rose and La Marguerite”; it also illustrated the worldliness of the Fallen in Herod and his harem; and celebrated the victory of the Annunciation, Christ’s birth and the redemption of the world through the Cross.

The 1992 cast included Tyasha Plummer as the Angel Gabriel, Phaedra Cozier as Mary and SunitaTulsie as the fallen angel.

The School’s second dance and theatrical retelling of the Nativity, which sought to celebrate and bring renewed focus to the reason for the season, had its first showing on 18th November, 2018 at the National Cultural Centre, with a repeat performance at the Royalton Theatre on 9th December, 2018.

The production opened with a video presentation of the Creation story, as performed by the School in its 1992 production. It was followed by “The Word”, a dramatic dance piece choreographed by Theresa Lowrie-Collymore and performed to spoken word from scriptural sources.

It moved seamlessly into a performance by the Villagers, junior students of the School, who paid quiet homage to Saint Lucian culture in their costuming.

The scene was followed by a inquisitive school children (played by students from Primary) to Grade 3 level in Classical Ballet) asking their grandfather( played by Minister Orthneil Robinson of Streams of Power Ministries) the reason for the rushing crowd and where they were heading to — to see where Jesus is born. (Script written by Okizia Lambert)

The oft-forgotten relationship between Mary (played by Juhliett Chalo) and her God-fearing mother, Ann (Ana Polyte) was given expression in a Spanish skit, which concludes with Ann and Mary in contemplative prayer.

“The Annunciation”, which follows, is performed as a captivating duet to “Ave Maria” by Brandon Sealy as Angel Gabriel and Juhliett Chalo as Mary (Choreographed by Richard Ambrose and Juhliett Chalo). Thereafter, a dynamic solo by Mary is followed by “The Visitation”, a joyous but tender duet between Mary and Elizabeth (played by Sardia Cenac Prospere).

The pieces were performed to live music by Daniel Petrocelli -Guitar and Luis Sierra – Oboe – both musicians from The St. Lucia School of Music.

“Joseph’s Dream” (by dancer and choreographer Richard Ambrose) showcasing music by Barbara Cadet, seamlessly incorporates elements of traditional, modern and classical dance while paying homage to Joseph’s faith and obedience. Neatly contrasting is the comedic skit which followed featuring Shepherd (Tarrick Wilson) and his obstinate Donkey (Deshawn Augustin and Kivani Emile), who brought the house down with laughter.

A percussive piece, The Shepherds, performed by a strong male trio, Miguel Morgan, Brandon Sealy and Richard Ambrose (Choreographed by Richard Ambrose) aptly captures the curiosity and wonder of Jesus’ first visitors upon the Announcement by the Angels, danced by junior and senior students of the School.

The story would not be complete without sterling performances by Herod (Sebastien Collymore as King Herod and the King’s wife played by Brynneth Lewis) and his harem (Juhliett Chalo, Floryana Combie and Abigail Fedee Leo), or the beautifully executed dance presentation of “The Gifts” by the three Wise Men (James Sylvester, Chloe Butcher and Byrnelle Fanis).

The Combat between the Angels of Light and the Fallen Angels of Darkness (Choreographed by Richard Ambrose) showcased the senior school’s diversity and artistry in the performance of both classical ballet and modern dance. It concludes with the victory of the Sword of the Spirit (performed by Sardia Cenac Prospere) and heralds the reverencing of the Cross in an evocative final tableau.

The School wishes to thank parents, supporters, patrons and friends who contributed to the success of the production.

Special thank you to the Backstage management — Kazia James, the Lighting directing — Ms. Karen Louisy and Linus Christopher, as well as the St. Lucia School of Music and Brad Lacan of ALL BIZZ .

St. Lucia School of Ballet and Modern Dance takes the opportunity to wish one and all a blessed 2019, as we chorus in our motto ‘WE DANCE TO ENHANCE OUR ISLAND WITH THE SPIRIT OF EXCLLENCE!’