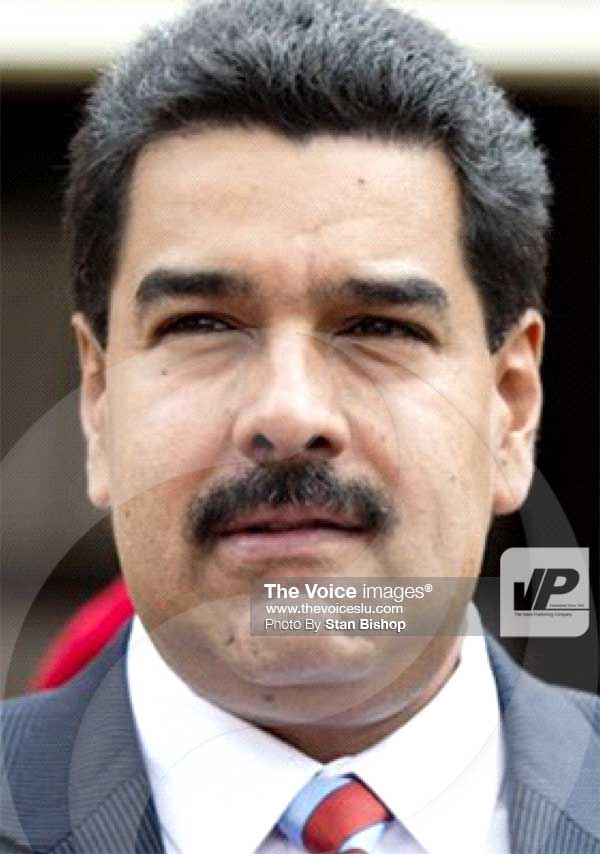 SAINT Lucia has started 2019 in a most sensitive regional and international diplomatic engagement.

This country joined the US-backed Lima Group in issuing a declaration, ahead of Thursday’s swearing-in of Venezuela’s President Nicolas Maduro, that they will not recognize his presidency. The Lima Declaration was responded to in similarly bitter language by Venezuela (both published here).

The two sides have virtually jumped off a cliff, each uncertain how they will land. But one thing is certain: there will be a fall-out.

The quiet stand-off, which is really the continuation of an all-out political and economic war between successive US administrations and those in Caracas led by Hugo Chavez and his successor Nicolas Maduro, has divided the Organisation of American States (OAS), where the US has been so far unable to muster sufficient support for its anti-Venezuela agenda. Now it’s also starting to divide the Caribbean.

The Lima Group comprises the US, Canada and those OAS member-states that support Washington’s interventionist policy, Guyana and Saint Lucia the only two Caribbean states among them.

The group’s statement can easily be considered a diplomatic declaration of war, as it outlines practical measures to be taken by signatory states to not only not recognize Maduro during his second term, but also to take strong actions to isolate Venezuela.

The declaration and response both open the way for a series of likely steps that will ratchet-up tensions and downgrade the relationships between Venezuela and its neighbours. In the process, the Caribbean is already starting to show the cracks of division. For example, the prime ministers of Saint Kitts and Nevis and Saint Vincent and the Grenadines both attended the Maduro inauguration.

Guyana has a longstanding century-old dispute with Venezuela. But Saint Lucia has not explained its position publicly since signing the Lima declaration.

If the normal route of tit-for-tat diplomatic actions and reactions is to be followed, Lima Group member-states will start breaking diplomatic ties with Venezuela, as has already been done by Paraguay. Will Saint Lucia do likewise? And how will Caracas reciprocate? What’s Saint Lucia to gain? Is it worth it?

Saint Lucia-Venezuela ties have been deep and strong over the past four decades. Venezuela was the first Latin American and Caribbean nation to establish an embassy here after independence in 1979; and all successive administrations have maintained cordial ties with Caracas since then, irrespective of the political stripes of whatever elected administration.

The Lima Group is questioning Maduro’s legitimacy, its member-states rejecting the results of the May 20, 2018 presidential elections in which almost half the Venezuelan electorate voted. Of the 9.3 million votes cast, Maduro won 5.8 million or 67%. While the major parties decided to continue their policy of boycotting national polls, there were at least two other major opposition candidates in the election contest. There was also an official Caribbean Observer Mission that did not deem the poll incredible.

There will continue to be divisions over the legitimacy of the Maduro administration, depending on who’s talking. But non-intervention in the internal affairs of member-states is the main reason why the majority of Caribbean countries, including Saint Lucia, have historically refused to support Washington’s openly interventionist initiatives at the OAS.

It is also for the same reason that the Caribbean Community (CARICOM) and the Organisation of Eastern Caribbean States (OECS) have refrained, since Grenada in 1983, from supporting brazen interventionist policy initiatives by extra-regional interests pursuing political and ideological objectives in the Caribbean region.

So: What now? And what next?

Much damage may already have been done, but there always has to be time for repair. Rather than opening new cans of worms that will definitely poison diplomatic ties between Caracas and Castries, it may be more palatable for the two capitals to talk peace instead of declaring diplomatic war.

Cordial ties between Saint Lucia and Venezuela have been the norm and barring the presentation of a convincing case by either side of the current divide, it would be better to remain the same.

There are two opposing realities in Venezuela; it is probably the richest nation in South America in natural resources. Venezuelan people also suffer horrendous deprivations of basic food stuffs and basic necessities of life, perhaps the worst in South America. Do we, as a nation, stand idly by and watch our brothers and sisters suffer or do we intervene, diplomatically and probably ineffectually. The rights of a sovereign nation require both non-interference and adherence to international moral norms – and both equally apply in this instance!