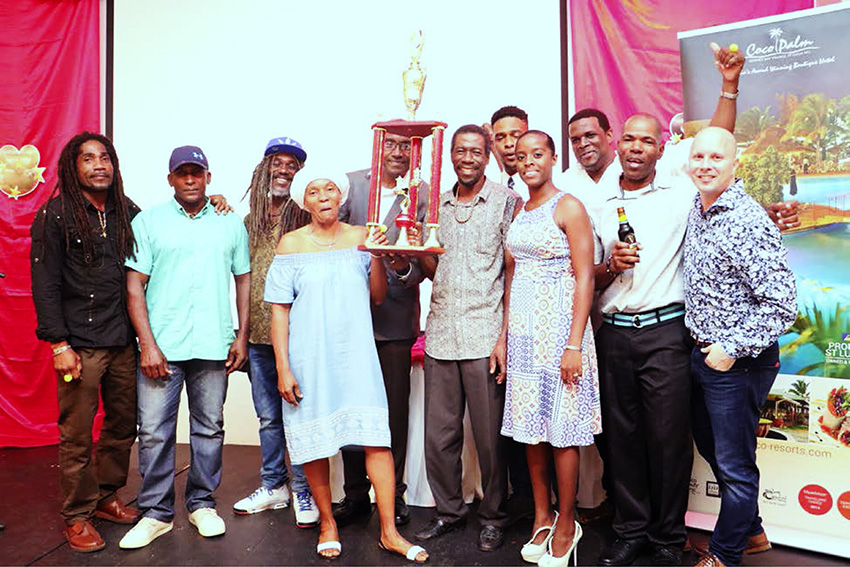 PRESS RELEASE – COCO Resorts celebrated their annual staff awards for 2018 at Golden Palm Events Center with the crowning of Department of the Year going to the Maintenance Team headed by Mr. Jean St Rose in recognition of the upgrades undertaken over the last year which includes a new lobby, new executive lounge and 48 of the 83 Palm rooms to date.

The Chairman’s Award, recognising the Head of Department who stood out over the year for their contribution to their respective department and benefiting the overall service for Coco Palm’s guest experience, went to the Food & Beverage Manager, Mr. Alva Preville. Acknowledging the numerous events his department delivered over the year, Chairperson FeollaChastanet acknowledged Mr Preville’s enthusiasm and devotion over the year to a number of events which included the Food & Rum Celebrity Chef dinner in January, the highest grossing

Mother’s Day to date, Father’s Day, JounenKweyol at Coco Kreole’s carpark servicing the community along with the end of year Christmas corporate parties and New Year’s Eve fête which was the most extravagant to date.

Housekeeping’s Mr Norbert Harvey was awarded the Managing Director’s Special Recognition Award for his unwavering support and dedication with the ongoing room renovations. Mark Ferguson described Mr. Norbert “a pure joy to work with recognising his positive attitude with nothing being too much. Harvey cares and it reflects in his work and how he engages with both guests and team members and for that we have awarded him for his contribution.”

The Star Employee of the year voted by the respective Heads of Department of an employee who stood out throughout the year was awarded to Miss Princess King from the Food & Beverage department. Princess has been a star employee, engaging with guests and a credit to both Coco Palm and TiBananne Caribbean Bistro and Bar. General Manager Jean St Rose credited Ms King for being a role model and the face of Coco Palm; “Princess continues to go the extra mile in delivering the ultimate guests experience as our mission statement says. This has been noted by Management and on TripAdvisor where Princess is the most credited team member and for that we recognise her as the Star Employee.”

The award gala, which included an elaborate buffet and party for the team with a DJ playing beyond midnight. Team members were awarded certificates and prizes as bartered with fellow hotel and corporate partners including hotel stays, gift vouchers for dining at leading hotels along with gifts from our top clients for which we are most grateful to celebrate our team.