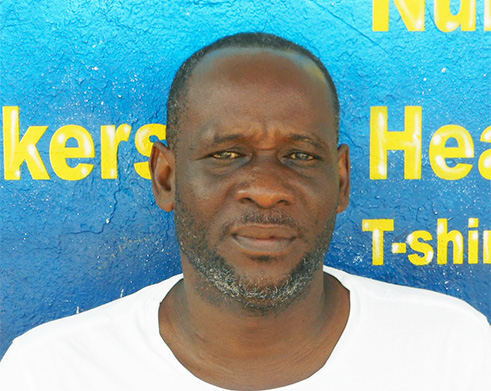 A calypsonian of Vieux Fort is making a clarion call to the organisers of Assou Square in Vieux Fort to hire members of the South Calypso Tent to perform at such event.

Kenwin Lionel, better known as “Lord Believe Me” in an interview with this reporter, said the South Calypso Tent, of which he is a member, has some of the best calypsonians in the island, whose talents need to be showcased.

He lamented that for many years now, artistes of the tent have not been hired to perform at Assou Square in Vieux-Fort.

Lionel said currently dub artistes, among others, seem to be the choice of the organisers of Assou Square in Vieux Fort. He added that he does not have a problem with that, but just wants to see artistes of the South Calypso Tent be given a chance to showcase their talent too.

“I am not saying that other artistes should not perform at the event, but the South Calypso Tent has some very good artists who deserve to perform at the event also,” Lionel said, pointing to the tent’s performance in the local calypso competitions over the years which has impressed all and sundry.

He added that their inclusion in the entertainment package of Assou Square in Vieux Fort, will help promote the art form and add variety to the event.

“We have one the best calypso tents in St. Lucia, so our artists deserve a break…” Lionel said.

He said the inclusion of artistes from the tent in such event will bring to the fore the diversity of talents in the south.

“When people come to Assou Square in Vieux Fort, they can say that they have seen some of the best calypsonians in the island, because some of them do not attend calypso shows,” Lionel explained.

He said he is lost as to the reason why artistes of the tent are not given a chance to perform at the event which is a major concern to him and other calypsonians of the tent.
Lionel also called on the organizers of other events in Vieux-Fort to make use of the talented artistes of the South Calypso Tent.