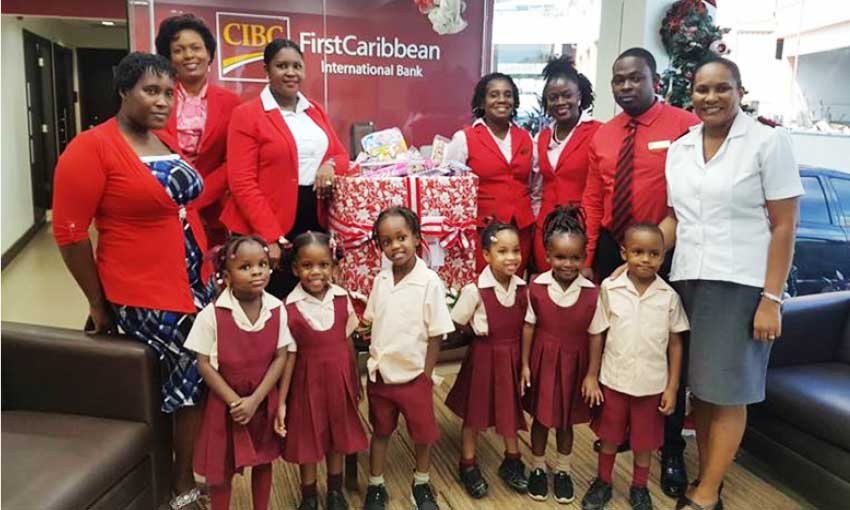 ON December 8th, approximately 700 children were feted by the Salvation Army at the Derek Walcott Square when the army hosted its toy and gift-giving party which typically culminates the annual Christmas Toy Drive.

There were a number of performances by popular artistes along with other attractions such as a bouncing castle, train rides and a magician.

The Salvation Army solicits corporate support and individual donations, to be able to bring Christmas cheer early to children ages 12 and under.

The toy drive primarily accommodates families registered with the Salvation. In recent years, the Christmas Toy Drive has also embraced the Ciceron Children’s Home as well as children in the database of the Department of Social Services.

This year the number of children attending the party has exceeded the toy donation target of 400 set by the Salvation Army.

This has necessitated an extension of the drive to ensure that each child gets a toy before Christmas Day.

Last week, pre-schoolers and staff of the Salvation Army dropped in on CIBC FirstCaribbean International Bank’s Corporate Office to collect toys and gifts which were donated by the bank’s staff.

The bank has been supporting the Salvation Army’s Christmas outreach for a number of years in the form of internal toy drives, food drives for hampers to less privileged and shut-ins and as Corporate Champion of the Red Kettle Drive.