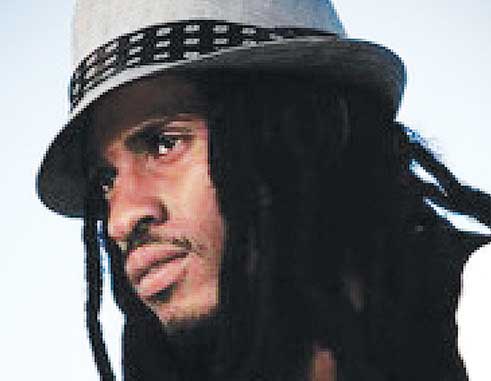 SO much can change in the blink of eye. Notes end, new songs begin…

This is the inspiration behind the release earlier this weekof a new video by Saint Lucian singer Ken Hardy.

“Blink of an Eye”, the artiste’s first official video, reflects his debut song released in 2011, just four years after he launched his singing career (in 2007).

The haunting video marks both the end of a chapter and the start of a new one, Hardy explains.

“There is a sentimental approach to the release for me, in my consideration and acknowledgement of my long-time producer Francis ‘Leebo’ DeLima”.

He adds, “We lost Leebo last year in the blink of an eye.

“His memory will always be with me, but this video will help me close the chapter and start fresh by acknowledging where Leebo left me.”

Leebo was the producer behind the song “Blink of an Eye”, best described as world music, a mix of contemporary and indigenous musical influences.

The song is a true representation of the artiste’s mix of eccentric, eclectic and authentic styles, underscored by the artistic style of the video.

The video was previewed on December 11, 2018 (before being released widely online), staged as part of the Silver Shadow Dance Academy’s annual dance recital at the National Cultural Centre this past Tuesday.

The production featured the Silver Shadow Dancers and drew from Hardy’s own background as a dancer.

The video was produced by Vibe Tribe Inc. and DreamVision, with Kermany ‘Loggo’ Lionel as Director and Videographer. (1000 Words Media)