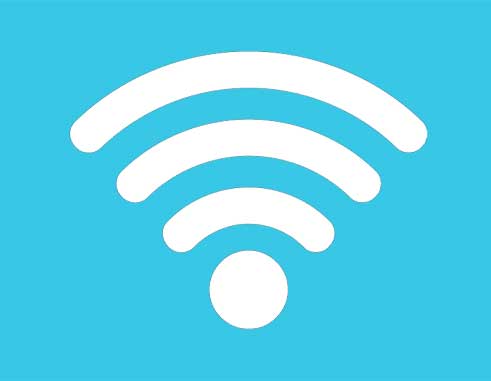 WHEN my government assumed office in 2011, we promised that we would provide free island-wide internet access, because we appreciated the importance of information technology for education, entrepreneurship and the efficient delivery of public services.

Therefore, in 2012, the Ministry of the Public Service, Information and Broadcasting developed a project for a Government Island-wide Network – GiNet, which was submitted to the Taiwanese Technical Mission for support.

In October 2013, the Taiwanese Government and the Government of Saint Lucia conceptualized a project entitled Toward Universal Broadband Access: Saint Lucia Government Island-Wide Network. In March 2014, the two Governments signed a Memorandum of Understanding for cooperation on Information and Communication Technology (ICT) initiatives, and in 2015 the Taiwan International Cooperation and Development Fund (ICDF), approved the funding for the GiNet.

The GiNet project goals were: (i) the establishment of a national advanced wireless backbone infrastructure; (ii) the implementation of 5 community Wi-Fi network infrastructure nodes; (iii) interconnecting all community networks, (iv) integration with other local and regional projects; and (v) development of new and innovative businesses, service delivery and generation of more investments, and (vi) capacity building.

A total of 56 Wi-Fi zones were to have been established island-wide under the original GiNet proposal.

The GiNet was one component of our government’s comprehensive ICT programme. It was to have been complemented by Community ICT Access Centres, which we began to commission in under-served areas around the island, funded by spectrum fee collections from ECTEL.

Prior to the June 2016 General Election, new, state-of-the-art Community ICT Access Centres had already been established in Soufriere, Micoud, Vieux Fort, Anse La Raye, Canaries, Garand (Babonneau) and Monchy. Funding had been set aside (from the surplus ECTEL spectrum fees) to establish more Community ICT Access centres in Saltibus, Daban and Mongouge in Choiseul, Laborie village, Grace and Belle Vue in Vieux Fort, Grand Reviere, Belmont and the village of Dennery, Faux A Chaud, Bois Patat and Entrepot in Castries, Millet and possibly Jacmel. Each of these Community ICT Access Centres was to have served as a free wi-fi hot spot for the community in which they were located, and this, together with the GiNet, would have made possible the free island-wide wi-fi that was a promise of my administration.

This was also intended to provide the infrastructure backbone to support the schools’ laptop program. The Universal Service Fund of the National Telecommunications Regulatory Commission (NTRC) was to have funded increased internet broadband at all secondary schools and libraries across the island. In that way, the students who were receiving the laptops would have free internet access via high-speed broadband in their schools, their libraries and their communities.

While we applaud the commissioning of the GiNet today, we hope that it will be quickly followed by a program to increase broadband internet access and state-of-the-art facilities across Saint Lucia and ensure that all Saint Lucians, regardless where they live or how much they earn, will have access to the essential technology tools that are needed for learning, research and business development.

There are many people who must be thanked for their hard work in getting us to this point: Marlon Narcisse and the staff of the ICT Unit; Dr Cletus Bertin, who at the time was the head of the Public Sector Modernization Division; then Permanent Secretary and Deputy Permanent Secretary in the Ministry of the Public Service Philip Dalsou and DauneLouisy, former Ambassador James Chan, who was very supportive of the ICT programme of our government, and the former Minister of the Public Service Dr. James Fletcher who guided this process and who, with the support of our Cabinet, converted an important manifesto promise of my administration into this very important initiative that will add value to the lives of all Saint Lucians.”