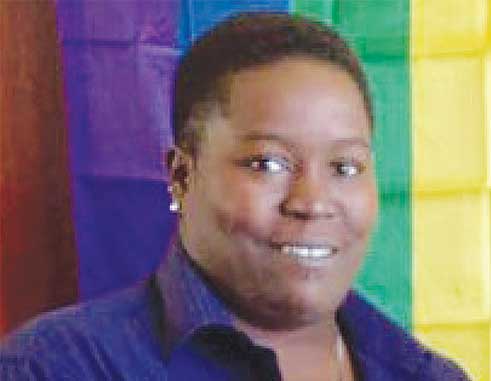 PRESS RELEASE –  SEVENTY years later, the Universal Declaration of Human Rights (UDHR) remains even more relevant than ever, as we witness a rolling-back of rights around the world.

The Eastern Caribbean Alliance for Diversity and Equality (ECADE) notes, with distress, the continued lack of progress towards achieving justice and equality for all in the Eastern Caribbean, as we join the world in observing Human Rights Day 2018 and the 70th anniversary of this historic document.

“Lesbian, gay, bisexual, transgender and intersex people in the EC remain among the most vulnerable and at risk for marginalization, simply for expressing their authentic selves,” says ECADE Executive Director KenitaPlacide.

“Seventy years ago, the world came together to establish through the UDHR, that we should not penalise people for who they love, for how or where they were born.

“Further, it established that the most vulnerable and marginalised among us must be provided the necessary protection and support.

“We are way behind in recognising that these inalienable and indivisible rights belong to all.”

ECADE is founded on and works with human rights organisations across the Eastern Caribbean to advance the principles of the UDHR which states that ‘All human beings are born free and equal in dignity and rights’ and ‘All are equal before the law and are entitled without any discrimination to equal protection of the law.’

ECADE takes the opportunity to call on governments of the Caribbean to stand for human rights by adopting the relevant human rights in various stages of ratification across the EC.

As UN High Commissioner for Human Rights Michelle Bachelet states in her 2018 message, “We are born ‘free and equal,’ but millions of people on this planet do not stay free and equal. Their dignity is trampled and their rights are violated on a daily basis.

“Everyone is entitled to all the freedoms listed in the Universal Declaration ‘without distinction of any kind such as race, colour, sex, language, religion, political or other opinion, national or social origin, property, birth or other status.’

“The last words of that sentence – ‘other status’ – have frequently been cited to expand the list of people specifically protected. Not just LGBTI people, but also persons with disabilities. Elderly people.Indigenous peoples.Minorities of all sorts.Everyone.”

ECADE reaffirms on Human Rights Day 2018 that all human beings are born free and equal in dignity and rights.

We call on our Governments, Civil Society and every Caribbean person to stand up for human rights and repeat the following:

“I pledge that I will respect your rights regardless of who you are; and I will uphold your rights even when I disagree with you.

“When anyone’s human rights are denied, everyone’s rights are undermined, so I will stand up. I will raise my voice. I will take action. And I will use my rights to stand up for your rights.”

Drawing on The Universal Declaration of Human Rights which states that “All human beings are born free and equal in dignity and rights” and “All are equal before the law and are entitled without any discrimination to equal protection of the law”, ECADE works to increase the competence of activists and to conscientise the people of the Eastern Caribbean for the advancement of LGBTQI and marginalised populations in the region. Learn more at www.ecequality.org or email info@ecequality.org (Source: ECADE)