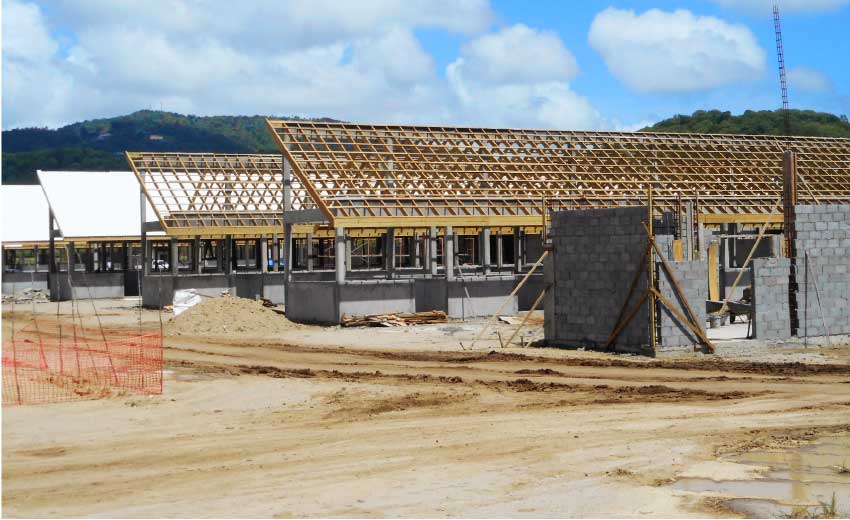 THE EDITOR: Former Prime Minister Dr Kenny Anthony’s latest attempt to stall the development of St Lucia by petitioning the courts to stop the DSH project at Vieux Fort, is further proof he still has not learned that he will not help himself by doing harm to the country he once controlled as if it were his private backyard — until the people said enough was enough.

True, he may have fooled some of us on occasion, but by now he should have learned his gift for bluffing can only take him so far, that in the end the people have always seen through him.

His ‘my way or the highway’ mentality has twice brought him to his political knees. Yet still, he persists. What a way to repay a people for a record-setting 16-1 mandate to move St. Lucia forward without opposition. Even with telling signs that the people may have over-estimated him, they kept him at the wheel five years longer than they should have, with a second straight term, this time with a 14-3 mandate. Yet he failed to see the writing on the wall and continued as before: instead of effecting social and economic reconstruction in St Lucia, he concentrated instead on projects that people did not see a future in. In consequence, he further polarized the nation.

Generating investment and jobs have always been among the hallmarks of the United Workers Party rule. Who can forget the days when Vieux Fort was teeming with activity thanks to the many factories that operated there, enough to employ people even from outside the town? Most of Castries did their shopping down south, imagine that. Meanwhile, the country was recording 10 percent in economic growth!

Under the Labour Party of 1997 to 2006, the economy of St Lucia not only collapsed but also registered a level of mismanagement it had never before experienced. It was the period when Rochamel was born, when the agency operating STEP (The National Conservation Authority) was embroiled in corruption (there is a report to that effect), when a road from Soufriere to Vieux Fort cost nearly three times as much as was originally estimated (a Commission of Inquiry concluded that there was gross mismanagement).

In disgust, voters kicked out Kenny & Company. Nevertheless, they brought them back in 2011, a generosity soon to be regretted. Three consecutive years of economic decline followed, with a range of taxes that were anti-worker, anti-poor, and all-around oppressive. Then we discovered our seabed had somehow been transferred without our knowledge to an American named Jack Grynberg. We found ourselves saddled with the Lambirds Academy fiasco, the Juffali Affair, the mishandling of the IMPACS report that continues to negatively impact our police force and foreign investment.

But it appears that Anthony and others in his party are of the view that their catastrophic failure in office should always be rewarded with another term, and so in 2016 after running the economy into the ground, record debt and record unemployment, St Lucians gave him and them, the boot a second time. To say that Anthony has been one of the biggest political disappointments in the history of St Lucia is an under-statement. In 1997, with a massive mandate under his belt Anthony had a golden opportunity to take St Lucia forward to a higher level after the platform laid by Sir John Compton and the UWP. So dismal was his performance that in the next election in 2001 he managed to lose the support of 10,000 voters who had supported the Labour Party in 1997.

Did the election result of 2016 surprise right-thinking St. Lucians? I think not. Even the once admired Anthony was forced to scrunt for the measly 200-odd vote that saved him from personal disaster. Did he learn something? Evidently not. If he cannot win the game, says his attitude, then there will be no game.

No sooner had Allen Chastanet and the United Workers Party taken office on June 6, 2016 that Kenny & Co-conspirators set out with even greater determination to make war with “the Chastanets” regardless of possible collateral damage to the rest of the country, including SLP supporters.

Week after week, Kenny & Co-conspirators instigated protest demonstrations without cause. Their voices raged from their public platforms, threats were made, etc.

Desperation showed its face in September, with the once “most frightening prospect for local politics” sharing the same platform as his one-time accuser. More proof that Anthony and Labour intended to stoop to lowest level necessary in their war against Allen Chastanet. Together the “most frightening prospect” and fellow desperate peddlers of hatred, division and doom vowed that St. Lucia will have “a new prime minister by December.” It comes as no surprise that many now see the bunch as enemies of the state with only chaos on their minds.

Almost every investment is immediately followed by more rumours of war and retarding court action. It seems the old threat to frighten and discourage investors away from St. Lucia is alive and well in the Kenny Anthony-dominated Labour camp. The latest is an application for an injunction to stop impending works in Vieux Fort and a ridiculous motion of no confidence in the prime minister.

Anthony’s current antics, like his earlier ones, are all doomed to fail. What will he do in 2019 when the development plans of the government for this country really begin to take off? Anthony’s real fear appears to stem from the recognition that much of this development will be taking place in his constituency of Vieux Fort South that he neglected during 15 years as Prime Minister.

Can anyone point to a project of significance undertaken by Kenny Anthony since his election 21 years. A leopard cannot change its spots; neither can a loser!